According to real estate statistics, Mobridge is facing a housing shortage that is particularly affecting those with middle income. With what little housing available currently located in subsidized units, some are wondering if the shortage is keeping good jobs away. “Right now, “ said Overseth. “Lack of rental property is the number one issue preventing people from coming to town.” […] 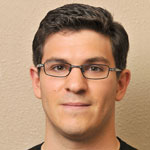 Congress can bail out the banks but won’t bail out the farmer? That’s the message the 212th Congress sent the CornBelt on Tuesday after they adjourned without passing a comprehensive five-year farm bill. Many of the disaster relief funds outlined in the previous Farm Bill have already expired. On Aug.2, lawmakers were able to agree on a $383 million relief […]