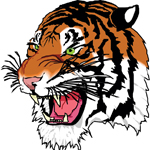 By Jay Davis The Lady Tigers made a lot of noise at the pre-region meet in Pierre on Tuesday, proving to themselves that they can compete shot for shot with region favorite Parkston. “It was an amazing day overall,” said coach Jason Weisbeck. “They know that, playing as well as they are and having more left in the tank, that […] 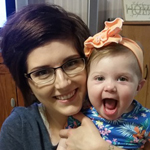 By Travis Svihovec Jackie Quaschnick claims she’s not a cook, but when it’s time to feed her 7-month-old daughter, she has the skills to make things work. “I make my own baby food,” Jackie said. “All kinds of fruit and vegetables.” Jackie is just starting to mix peas and mashed potatoes for Raelyn. Her recipes for baby food involve baking […]