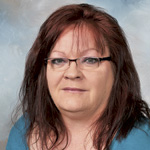 KATIE ZERR: Pearl Harbor: “A date which will live in infamy”

It was a sunny Sunday morning around 7:55 a.m., on Dec. 7, 1941 when the Japanese attacked Pearl Harbor in Hawaii. It was an assault that left 2,403 Americans dead and propelled the country into World War II. It was, as President Franklin Delano Roosevelt would say in a speech to the American people, “a date which will live in […]