Family was important to James Manharth 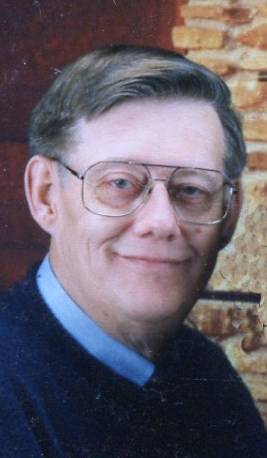 James “Jim” A. Manharth, 79, of York, Neb., died Friday, July 13, 2018 in York.
He was born May 22, 1939 in Mobridge to Paul and Emma (Twete) Manharth.
Jim attended Aberdeen School of Commerce for a year before marrying Punky Merkel on August 25, 1960 in Selby.
He served his country in the Army National Guard in South Dakota where he helped build bridges with the Engineering Company. Jim worked for the Central Telephone Company in Lincoln, Nebraska and CamWal Electric in Selby as an accountant. He was a member of the Eagles Club, loved family genealogy and working on the computer. He enjoyed his pet dachshund, being outside, and being with his family.
Jim is survived by his daughter Deb (Bob) McQuistan of York, his son Dan Manharth of Dallas, Georgia. Grandchildren; Jon, Justin, Alexa and Jake. Other survivors include his brother Gary (Marjorie) Manharth of Wildwood, Florida; cousins, nieces, nephews, several brother and sisters-in-law and friends.
He was preceded in death by his parents and wife.
Private family graveside services will be held at a later date. Jim was cremated so there will be no viewing or visitation. In lieu of flowers, memorials may be directed to the York Adopt-A-Pet.
Online condolences may be sent to his family at www.metzmortuary.com
Metz Mortuary in York is handling arrangements.