A five-run fifth inning for W-I-N proved to be too much for Mobridge to overcome, as they fell 9-4. In their past contest against Warner-Ipswich-Northfield, the Mobridge 15-16 Teeners managed to win 14-2, but that wasn’t the case last week. After Mobridge was unable to get a baserunner in the first inning, W-I-N put together four consecutive hits and scored […]

The South Dakota Walleye Classic and Festival will be held in Akaska over the weekend as the fishing tournament is scheduled for July 19-22. Since the tournament is part of the Northern Oahe Walleye Series, the top 20 teams will be automatically qualified for the Championship Tournament, which will be held on August 18. This year, the tournament has a […]

The Mobridge 13-14 Teeners traveled to Chamberlain over the weekend for the Class A Northwest Regional. Mobridge traveled to the tournament with the minimum of nine players, which proved to be the team’s downfall. Mobridge went 0-4 over the weekend. “Our kids played their hearts out,” head coach Pat Davis said, “Kids had to pitch that never pitched before.” Against […] 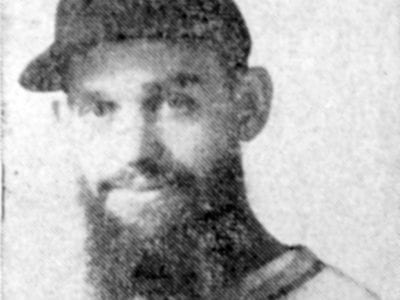 Over 65 years ago, the House of David traveled to face the Mobridge Redbirds during an exhibition game at Legion Memorial Field. Who exactly was the House of David Baseball team? For starters, to really understand The House of David team, you should know that they were much more than just a team of nine players. In 1903, Benjamin and […]