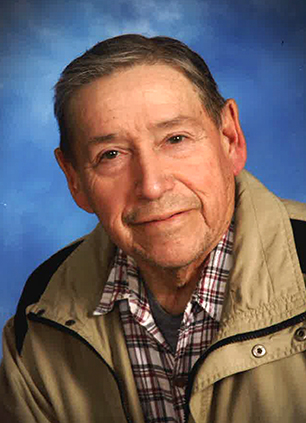 Bruce Richard Le Beau, 77, of Bettendorf, Iowa, and formerly of Mobridge, passed away peacefully surrounded by his closest family on Wednesday, July 7, 2021, in Bettendorf.
In accordance with Bruce’s wishes and directives, there will not be a service, visitation or wake. Bruce has chosen to be cremated and will be laid to rest along with his wife and daughter at 10 a.m. on Monday, Aug. 2, at Rock Island National Cemetery in Rock Island, Illinois, so he may join all of his military brothers.
Bruce was born on March 13, 1944, at Cheyenne Agency, the son of Lloyd and Helen (Azure) Le Beau.
Bruce grew up on the family farm south of Mobridge on the Cheyenne River Reservation. He was a member of a band called The Wonderlands. The band was inducted into the South Dakota Rock and Roll Hall of Fame in 2014. This early 1960s group of four musicians recorded a 45-rpm record titled “Make Up and Break Up,” written by Bruce, who was the singer and lead guitarist. The flipside was an instrumental titled “Castaway,” also written by Bruce.
Bruce enlisted in the Army and was part of the First Engineer Battalion as a demolition specialist in the 3rd Platoon of C Company where he and two others volunteered to search the Viet Cong tunnels (this was before these men were known as Tunnel Rats). Bruce was wounded three times while serving his year in Vietnam. He was awarded the Purple Heart, Vietnam Service Medal, Rifle Expert Medal, Republic of Vietnam Good Conduct Medal and the Army Commendation with Merit Medal.
After leaving the Army, Bruce spent years as a rancher on the family ranch, worked as Conservation Officer for the State of South Dakota, became a machinist at the Rock Island Arsenal and later retired from the Bureau of Indian Affairs with Eagle Butte school system as a route bus driver.
Bruce was united in marriage to ElWanda Azure (Pridemore) on Oct. 25, 1968.
Those left to honor his memory include his sons and daughters-in-law, Jeffrey and Sarah Le Beau of Muscatine, Iowa, and Randall and Eugenia Le Beau of Bettendorf; his grandchildren, Chelsea (Dan) Woods, Ethan Le Beau, Bruce J. Le Beau and Luke Le Beau; his great-granddaughter, Kaylee Woods; his sisters, Theresa Ducheneaux and Patsy (Virgil) Hertz; his brother, Wesley (Maida) Le Beau; as well as many nieces and nephews.
In addition to his wife, ElWanda, Bruce was preceded in death by his daughter, Tiffany, and his brother, Stuart.
In lieu of memorials to the family, they request that if you are able, please consider becominga lifetime blood donor. Were it not for the great people who donate blood, it would not have been possible for Bruce to have had the last few years of time spent with family and friends. Bruce was receiving 1-2 units of blood every other week for the longest time and weekly most recently. If you are unable to donate blood, the family requests any memorial be made in Bruce’s name to your favorite military charity.
Online condolences may be expressed to the family by visiting Bruce’s obituary at www.McGinnis-Chambers.com.