Darrel Smith: Resistance to Trump is broader than words

American political opposition used to be called the “loyal opposition” but that opposition is now becoming resistance. There is a difference between what we oppose and what we resist. Our nation is becoming a place where one-half of us resist the other half. 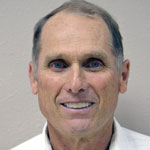