Dennis Swofford gets some of his inspiration for cooking from one of his first jobs at a place called The Bean Pot near Yakima, Wash.
“They did something nobody else did,” he said. “Every order came with a bowl of beans.”
Those little things, he said, like the sprig of parsley that accompanies an entrée, that make meals extra special.
“You can do that at home,” he said.
Dennis grew up in Yakima and has worked in broadcasting and aviation. He was a radio and television engineer, working behind the camera and at the master control. He also worked in aircraft maintenance for Northwest Airlines and Columbia Helicopters. He started coming to Mobridge in 2005 to help the local Jehovah’s Witnesses cover their territory.
“I fell in love with the people and the blue sky,” he said.
Dennis said he’s always enjoyed cooking and experimenting. Among his favorites are squirrel stew (no squirrels needed), mulligatawney soup, sopapilla cheesecake pie, and Guinness cake.
Squirrel stew gets its name in part from the movie “Up.” He and some friends started texting the word squirrel to someone, just to let them know they were thinking about them. It became his nickname, and the stew is named for him in that manner. His mulligatawney soup is inspired by the TV series “Seinfeld.” Of his recipes, he only uses the sopapilla cheesecake pie in its original form.
“The rest are doctored in some way,” he said. For example, the squirrel stew has the normal vegetable ingredients but also includes apples.
“Who puts apples in stew?” he said. “But it makes it wonderful.”
He likes to experiment with ideas he gets from other sources, such as the chili he tried at a McLaughlin café.
“They put whole jalapenos in the chili as it cooks,” he said. “Then they simmer it, taste it.” The chili is ready, he said, when it just starts to burn a person’s upper lip.
Old school recipes work for him too. He has a 125-year-old sourdough starter that he uses for making bread.
“I have to feed it every month with flour and water to keep it growing,” he said.
In addition to his church work, Dennis is a substitute teacher at Mobridge and McLaughlin schools. The kids call him Mr. S.
“I love the kids,” he said. “One day I teach first-grade music, the next day it might be senior math or art,” he said.
Dennis once ran a computer business and now finds time to “mess with them” in his spare time. He’s a ham radio enthusiast and also likes to hang out with friends, play cards and, of course, cook.
“There are two or three families that I cook for on a regular basis,” he said.
And given that cooking is one of his favorite things, it’s perhaps fitting that one of his favorite quotes comes from the movie “Ratatouille.”
“There is excellence all around you. You need only to be aware to stop and savor it.”

Guiness Cake
1 cup Guiness beer
1/2 cup butter
2 cups sugar
3/4 cup baking cocoa
2 beaten eggs
2/3 cup sour cream
3 tsp. vanilla
2 cups flour
1 1/2 tsp. baking soda
Topping
8 oz. cream cheese
1/2 cup heavy whipping cream
1 1/2 cup powdered (confectioners) sugar
Grease 9-inch cake pan and line with parchment paper
Heat beer and butter in a saucepan until butter is melted, remove from heat and whisk in sugar and cocoa until well blended. Combine eggs, sour cream and vanilla then whisk into the beer mixture. Combine flour and soda then whisk into beer mixture until smooth.
Bake at 350F for 45 min. (use toothpick to test center). DO NOT OVERCOOK!  Cool completely in the pan. Put cake in cake keeper and add topping.
Make topping in large bowl. Beat cream cheese and cream until fluffy then add sugar and beat until smooth. Ice only the top of the cake if you want it to look like the Guinness beer in a frosty mug. Icing the sides is not a crime. 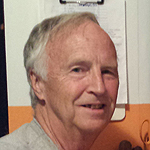 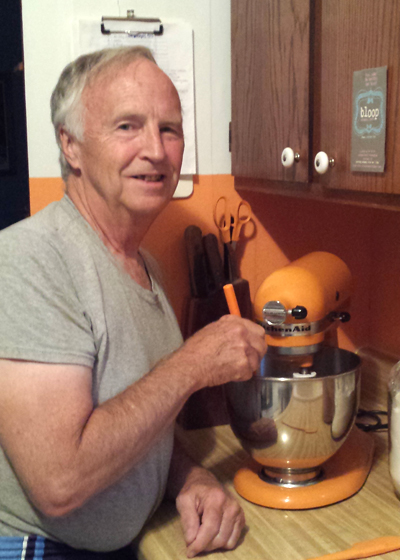 Feeding your family at home when you can’go out