Erik Guritz had love of music 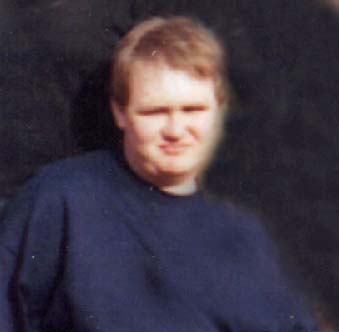 Funeral services for Erik Guritz, 42, of Glendale, Calif., were held on Monday, Nov. 4, 2019, at Norway Lutheran Church, rural Glenham.
Burial was at the church cemetery under the direction of Kesling Funeral Home of Mobridge.
Erik passed away on Thursday, Oct. 17, 2019, in Glendale.
Erik Christian Guritz was born on Sept. 28, 1977, at Eglin Air Force Base, Fla., to 1st Lt. Gary and Constance (Bandy) Guritz. He was baptized into the Lutheran faith at Eglin AFB Chapel on June 18, 1978.
In 1979, Erik and his family moved to Glendale, where he attended the La Canada Schools Special Education Program in La Canada, Calif. During these formative years, he developed his love of music, hosting family celebrations and interjecting his unsolicited opinions when he deemed it necessary.
Music lessons were a very special time for Erik. He delighted in listening to Grandma Muriel (Bandy) and his sister Kristen playing the piano and violin, respectively. He could name not only the piece, but which movement they were practicing. If he felt that Grandma and Kristen needed a “musical assist,” he would sing the melody as he felt it should be performed.
Erik also had a love of nature, flowers and the outdoors. He was in charge of the garden hose. Should Kristen need a quick burst of energy, he was more than willing to render a quick and cold blast of water to aid both Kristen and her newly planted seedlings. They grew well together aiding one another. Erik also had a love for naming his favorite trees. The most well-known tree was named “Tall Tree Tron.” To this day, Tron’s children delight in the stories of this tree.
Erik was buried in the family lot at Norway Cemetery, near his grandparents and great-grandparents.
Erik is survived by his parents, Lt. Col. Gary A Guritz, USAF Retired, Papillion, Neb., and Constance Bandy Guritz of Glendale; and sister, Kristen L. Guritz of Glendale; his paternal grandmother, Lucille Guritz of Jackson, Minn.; along with many uncles, aunts and cousins.
He was preceded in death by his grandparents, Clifford Guritz and Morris and Muriel Bandy.