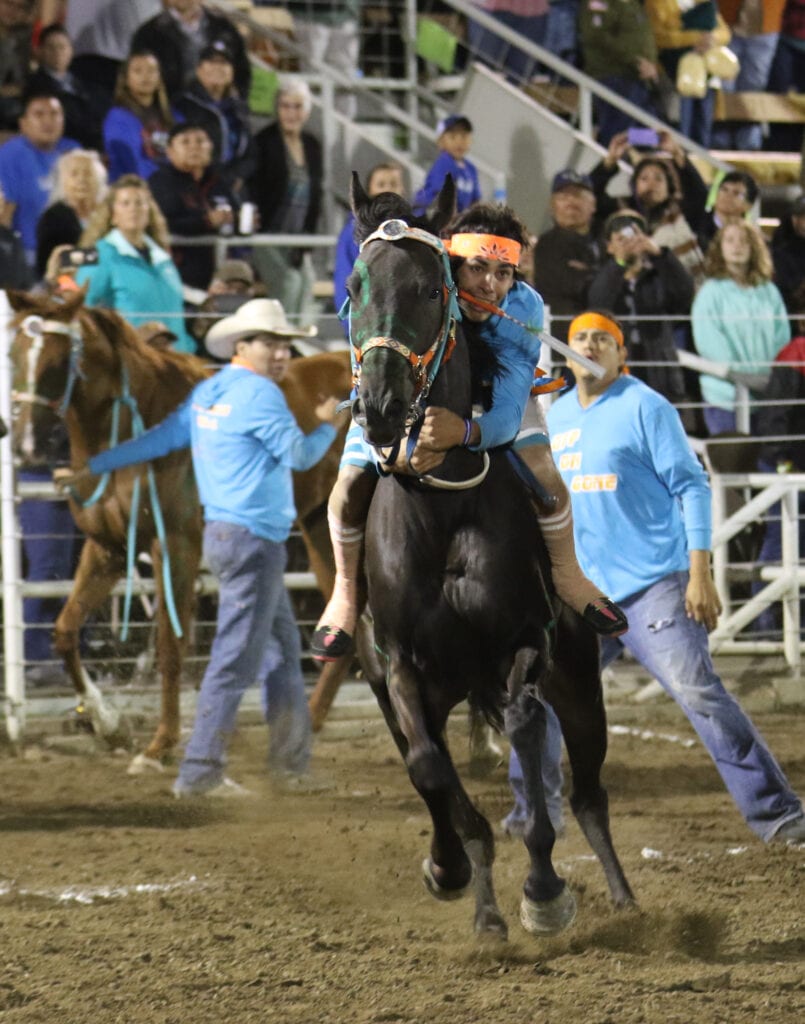 The Mobridge Rodeo Association is bringing a fast-paced, unique event to the city to help in the celebration of the 75th anniversary of the Sitting Bull Stampede.
The Horse Nations Indian Relay (NIRC) council presents the season opener at the Mobridge Rodeo Grounds on Tuesday, June 30, and Wednesday, July 1. The NIRC is bringing together the Horse Nations of the Plains in a team event of speed and skill.
The Mobridge Rodeo Association is preparing the track for the races, using the former race track around the rodeo grounds. The teams will camp, with their horses, on the property owned by the association east of the grounds, according to Mobridge Rodeo Association President Rose Weninger.
The races are described as a modern intertribal warfare based on horse skills. These skills, according to the NIRC website, have been passed down from generation to generation in a sport that is steeped in family traditions. Some of participants are fourth generation, striving to keep alive their traditional beliefs and their values going strong.
The Indian Relay race teams consist of three horses, one rider, one mugger and two holders. Each team takes their place on the track at the start of the race. Months practicing lead up to the start of each of the four races…the relay, the warrior race, the Chief race and the maiden race.
There will be 20 teams in Mobridge, hailing from North and South Dakota, Montana, Wyoming and even a team from Arizona. There are 24 riders and 18 horses in the NIRC group.
During the 1 and 1/2-mile race, six mounted bareback riders will ride three different horses during a race. The rider will take the first horse into the first leg of the race coming back to the start where the rider hands off the first horse to the muggers and jumps onto the second horse held at the starting line by the holder. The last leg is the same with the third horse.
The muggers and holders control and set up the horses in the exchange area and must not interfere with other riders. The goal is a fast, clean exchange with the horses running the race and riders acting as the exchange baton of the relay.
The warrior race is a two-person team race that includes a short foot race to the horse, held at the starting line. The rider jumps onto the horse, races a lap around the track with the winner being the warrior that crosses the finish line first.
The maiden race is one woman, one horse in a one lap race against another participant.
The Chief race is a one rider, one horse, one lap race around the track. The rider wears the headdress to signify their tribal representation.