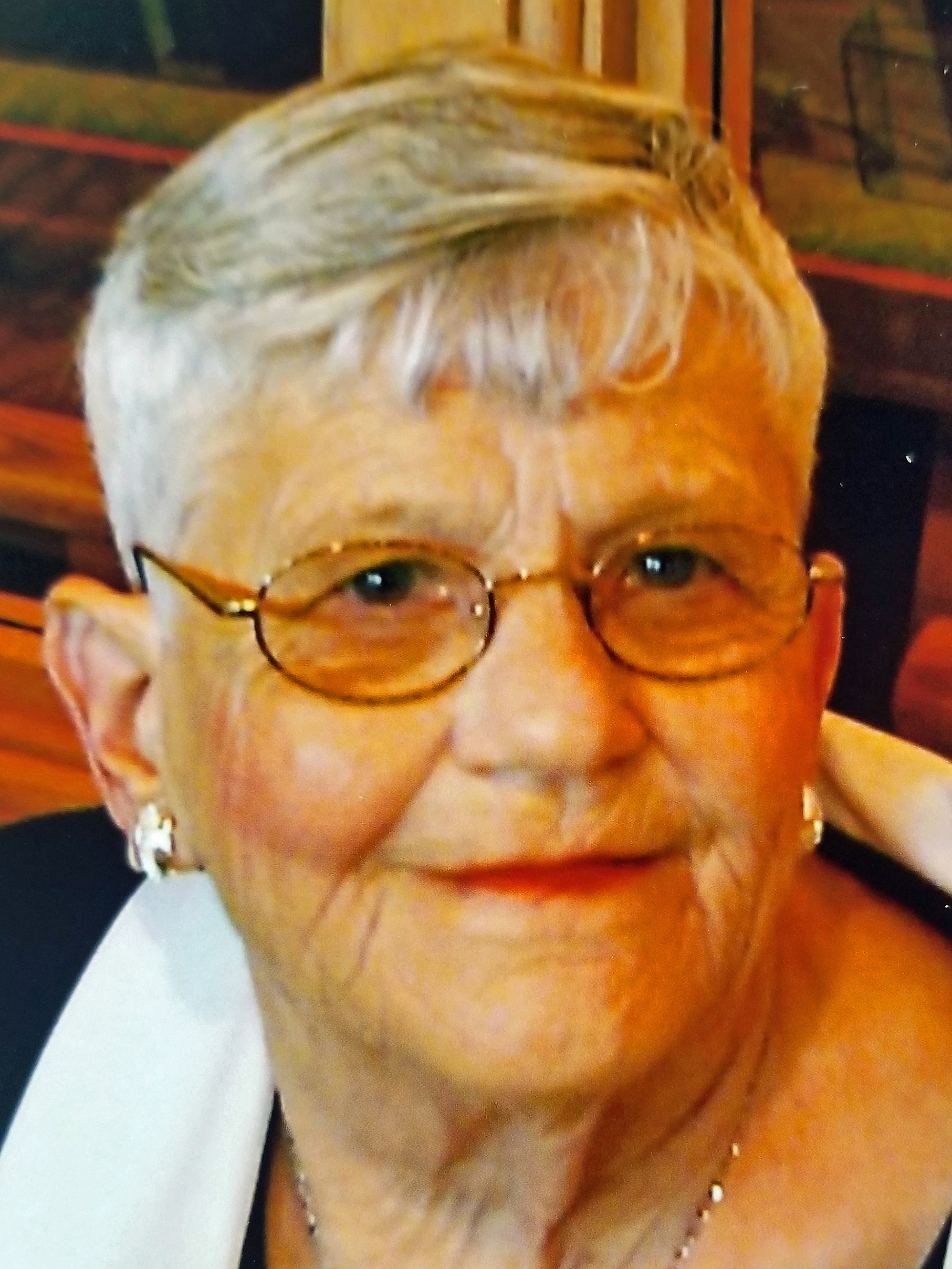 Celebration of Life Service for Lillian Vilhauer, 86, of Aberdeen and formerly of Mobridge, will be 2 p.m. on Saturday, Aug. 25, 2018, at First Baptist Church in Mobridge, with a coffee reception following.
Inurnment will be in the Fairview Cemetery in Herreid under the direction of Kesling Funeral Home of Mobridge.
Lillian (Bickel) Vilhauer went to be with her Lord on Aug. 8, 2018, at Aberdeen Health and Rehabilitation Center.
She was born on Dec. 14, 1931, to Edna Bickel (Kurle). She was raised in Herreid. Her difficult childhood was made easier by her very best friend, Mary Ann Ritt.
She married Floyd Vilhauer on May 5, 1949, in Eureka and settled in Mobridge. Together they raised five children. In addition to her very busy job raising her children, she also worked as a telephone operator, a dispatcher for the police department, and a cleaning woman for various businesses in town, Mobridge Community Hospital and Mobridge Family Practice.
Lil loved music and had a beautiful singing voice. She was able to naturally harmonize with any song which was a gift enjoyed by many of us during family sing-a-longs, and which was a gift passed to her children and grandchildren. She also loved country music and old gospel hymns. As a former high school percussionist one of her favorite songs was “Wipe Out!” Lil also loved to read which was another gift she passed along to her children.
The thing she loved most was having her huge family together even when she was yelling at the grandchildren to get out of her kitchen when she was trying to cook for the horde of people! There were many nights of grandchildren sleeping on the floor until there wasn’t a single space left to walk. These were memories she cherished as the grandchildren grew and had families of their own. She also cherished her husband’s family as they became the family she never had. His brothers and sisters became her brothers and sisters, especially Ione Naasz who was her very best friend until Ione’s death.
Lilly taught us so many things. She taught us strength during adversity. She taught us to be truthful to ourselves and to others. She taught us to forgive even those who hurt us. She was so much better at that than we are, but we will still keep trying for her. She taught us to love even those who aren’t always loveable and to be kind and to do good. She taught us all these things in her quiet voice and her powerful example. This she left us.
Lil is survived by her five children, Pamela (Kerry) Belden of Green Bay, Wis., Hollie (Bill) Wiest of Mobridge, Dean (Michelle) Vilhauer, Mitch Vilhauer and Lynette Villhauer all of Aberdeen. She is also survived by her grandchildren, Brett Belden, BJ and Justin Wiest, Wendy Kelly, Jared Vilhauer, Amy Hoiland, Leah Lane, Brandy Faehnrich, Dusty Helland, Jade Klaudt, Kylie Vilhauer, Mason Vilhauer, Lauren Esser and Tylor Vilhauer; as well as 19 great grandchildren.
She was preceded in death by her husband, Floyd Vilhauer on June 6, 2004; and her mother, Edna Kurle on Nov. 11, 2003; as well as a number of sisters-in-law and brothers-in-law.
In lieu of flowers, the family is asking that memorial donations be made in Lillian Vilhauer’s name to the National Kidney Foundation either online or sent to 2601 S. Minnesota Ave., Suite 105-196, Sioux Falls, SD 57105.