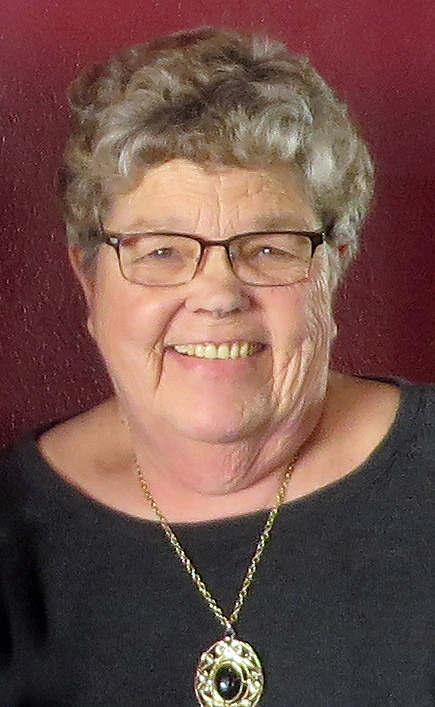 Funeral services for Linell Borah, 77, of Mobridge, were held on Saturday, July 27, at Trinity Lutheran Church.
Burial was in Greenwood Cemetery under the direction of Kesling Funeral Home of Mobridge.
Linell Ann (Anderson) Borah left peacefully for her eternal home on Sunday, July 21, 2019, at Mobridge Regional Hospital.
Linell and Gene made their home in Mobridge where they raised their family and their business together. Gene worked for Leo Schirber while they welcomed their first two sons, Kevin and Keith. They moved to Aberdeen from 1962 to 1965 to work with Gene’s brother Bill, and daughter Sherri arrived. Gene was offered a position with B&R Motors in Mobridge, working with uncle Emil Jundt and Ed Reiss, and he worked there until branching out with his own business in 1980. A few years down the road they had two more children, Todd and Lynette, which kept Linell busy.
The tradition of having family reunion picnics in the backyard has remained through the years.
Linell also enjoyed getting together with lifelong high school friends, having a meal or attending concerts and programs together. Her favorite place to visit was Minnesota, where all her siblings resided, and where she felt at home with trees and farms and animals. A few of her special trips include a trip to Spain in 1974 when Gene won an award from Ford, a road trip to Idaho with the Borah family to visit their namesake Senator Frank Borah’s memorials, a train trip to Washington with her sisters, and several other shorter family vacations to Wisconsin and the Black Hills.
She is survived by her sons, Kevin (Pam) Borah of Mobridge, Todd (Amy) Borah of Mobridge and Keith Borah of Milbank; and daughters, Sherri Thompson (special friend Kelly Kellem) of Rapid City, and Lynette (Shannon) Schlomer of Glenham. Also surviving is her sister, Janae Kent of Wahkon, Minn., 30 grandchildren, 27 great-grandchildren, nieces and nephews, and many other family friends.
Preceding her in death was her husband of 40 years, Eugene “Gene” Borah in 2000; her parents, Leon and Alice Anderson of Mobridge; brother, Ronald Anderson of Isle, Minn., sister and brother-in-law, Duane and Ardella Quenzer and their son, Jerry, of Ham Lake, Minn., and several in-laws.