A confrontation over a reckless driver in a Fourth Avenue East neighborhood, Saturday, Oct. 29, ended up in a dangerous situation that involved a hand gun.

According to Mobridge Chief of Police Shawn Madison, it began when someone called in with a reckless driver complaint. 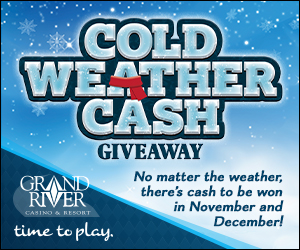 During the time it took for an officer to respond, others in the neighborhood gathered at a home on Fourth Avenue East, had confronted the driver Hector Salvador Gaspar-Lopez, about his dangerous driving.

According to the police report, a caller who was at that home reported the driver of the vehicle was trying to fight with others at that location and that he had a gun.
Madison said, after the confrontation with the neighbors, Gaspar-Lopez, 35, left the residence and later returned with the hand gun with the intent to use it.

One of the individuals at the home was able to get the weapon away from Gaspar-Lopez before any shots were fired. Gaspar-Lopez heard officers approaching the scene and took off in the vehicle.

The MPD officer responding to the scene was able to follow Gaspar-Lopez to a nearby residence and after a struggle with him, held him until other officers arrived.
Gaspar-Lopez was arrested and charged with driving under the influence, a Class 1 misdemeanor; aggravated assault with a deadly weapon, a Class 3 felony; carrying a concealed weapon with intent to commit a felony, a Class 5 felony; and possession of the firearm by a person with a prior drug conviction, a Class 6 felony. Gaspar-Lopez was transported to the Hughes County Jail to await his first court appearance.

Officers from the Walworth County and Campbell County Sheriff’s offices assisted the MPD in making the arrest.