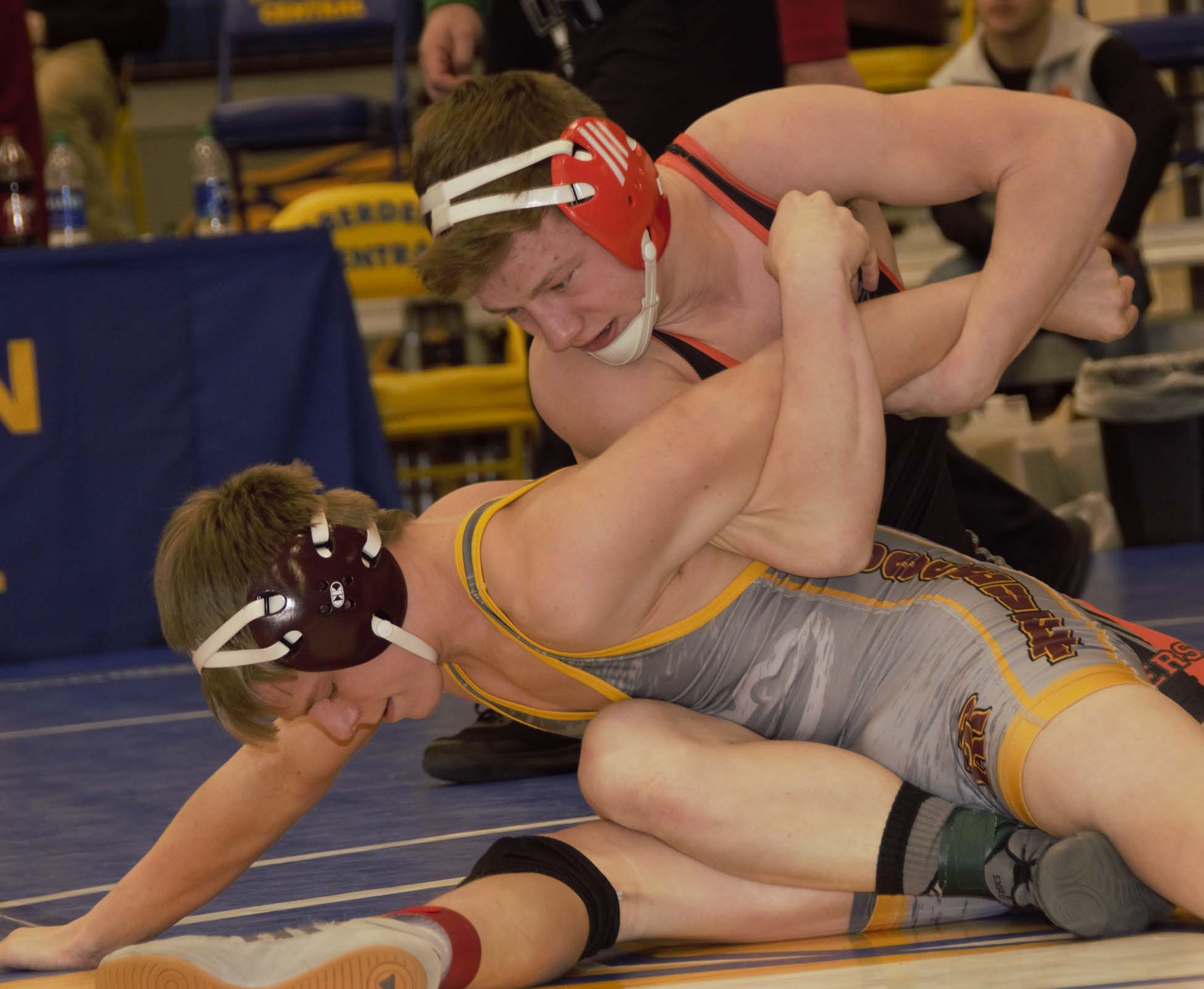 Wrestling against the best competition the Tigers will see all season, Joshua Norder, Cole Wellner and Jacob Steiger all survived their battles and won medals at the Lee Wolf Invitational in Aberdeen on Saturday.
Norder used a pair of pins to earn a fifth-place finish at 195 pounds. All four of his matches were against Class A wrestlers. He took fifth by pinning JC Andes of Mandan at the 1:21 mark. Norder was pinned by Gunner Ristau in the first round, came back to pin Kamaron Christensen of Huron, but was pinned by Dillon Stoebner of Aberdeen Central trying to wrestle back for the third-place match.
“Last year he went 0-2 at Lee Wolf,” said coach Nathan Ford. “This year he went out, won a couple matches and got some hardware in his last Lee Wolf. For him to go out and get those wins was big.”
Cole Wellner took sixth place at 220 pounds. The freshman had to fight through six matches to garner his medal. He pinned Samson Flakus of Aberdeen Central in the first round, but was pinned by tourney champion Marshall Baldwin of Canton in the second round. He got back to the medal rounds with pins over Hunter Harvey of Bismarck Century and Ruger Forester of Chamberlain. His tourney ended with losses to Preston Norrid of Winner Area and Tristan Cardona of Huron.
“Cole went out there with a winning attitude and it paid off,” said Ford. “He looked good this weekend.”
Steiger finished seventh at 132 pounds with both losses coming against ranked Class A wrestlers.
After drawing a bye, Steiger lost an 8-4 match to Beau Beavers of Sioux Falls O’Gorman. He beat Hunter Rucktaeschel of Webster Area 15-6, but lost another 8-4 battle, this time to Eli Leonhardt of Sioux Falls Roosevelt. In the seventh-place match, Steiger put Braden Senger of Aberdeen Central to his back and won by pin.
Ford said Steiger was in what was easily the toughest weight division in the tournament.
“This was a lot tougher than state will be,” said Ford. “He wrestled well, but those A guys, they’re used to wrestling good opponents. In B, you get a lot of guys who are filling weight classes so you don’t get as many good opponents.”
While the rest of the team had brief 0-2 appearances in the tourney, Ford felt they all went out and made their opponents work hard for wins and they all gained valuable experiences they can use in the future.