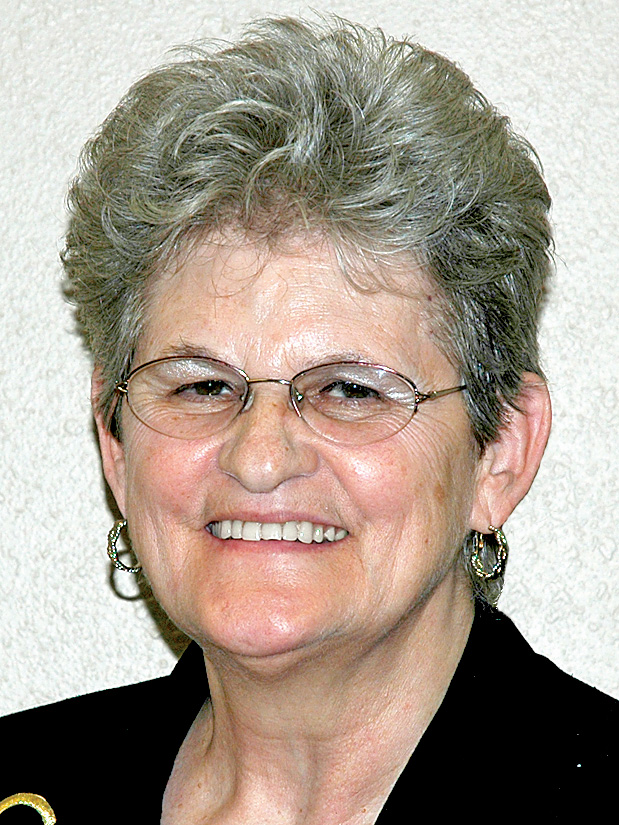 Phyllis June Keszler, 74, former Mobridge resident, passed away Tuesday, March 24, 2020, at the Avera Healthcare Center in Eureka after a lengthy battle with illness.
Phyllis Ruff was born to Phillip and Loretta (Hettich) Ruff in Mobridge, on June 13, 1945. She was the third of four children: brothers, Melvin and Gary, and sister, Virginia.
It was during her first marriage that Phyllis moved around the country, living in Dallas, Texas, Grand Forks, N.D., New York, and Denver, Colo., before returning to her hometown in 1990.
While in Texas, Phyllis sold insurance and worked her way to being a vice president in the company for which she worked.
When Phyllis returned to Mobridge, she took a job with the Mobridge Tribune and Reminder as a salesperson. Phyllis loved her job as it helped to connect with many people in her community. She was well-known and loved by many for her uplifting spirit and willingness to help her family, friends and members of her church.
Phyllis met Lee Keszler when she sold him advertising for his business. They both became involved in Koinonia through the Trinity Lutheran Church and he found he was very impressed by her.
Lee was a widower and said he was not looking for a girl when he met Phyllis. She had been divorced and was not looking for a new relationship, but they fell for each other and soon became inseparable. They were married in Mobridge on Nov. 30, 1996.
They were a perfect match and spent as much time as possible together. Lee was an avid camper and taught Phyllis to love spending time “one with nature.” They took trips to the Blacks Hills as often as possible and camped with his boys.
The couple also got involved in Lewis and Clark reenactments and rendezvous. They had a 14-foot by 14-foot tent they used that quickly became the gathering place for their fellow campers at the encampments.
Phyllis and Lee made their own historic clothing for the encampments and Lee purchased a black powder rifle, enjoying the shooting competitions in camp.
Phyllis loved to garden and her yard in Mobridge was tribute to her dedication to the beauty God gave to earth. She and Lee worked hours preparing, maintaining and nurturing their gardens. Phyllis was a longtime member of the Mobridge Garden Club and held officer’s positions in the club for many years. She worked hard on the club’s missions and special projects including fundraising for, planting and maintaining the beautiful gardens that are now a part of Mobridge’s City Park. She found great joy in the hard work and getting her hands in the dirt in the spring of the year.
Phyllis was happy in her gardens and proud of the blooms that graced the yard of her home and the park. She won many awards with her beautiful arrangements at the Garden Clubs flower shows.
She was also very active in her church, Family Worship Center, and loved the Rev. Paul Hathaway family. Phyllis loved being a part of large spiritual family and helped friends and coworkers through tough times with her comforting words and prayers. She loved children and when a new baby was brought into the church family, Phyllis was the first one there to hold the new babies and welcome them into the fold.
Phyllis was very sharp, knew everyone’s phone number and where to find scripture in the Bible. Many special gatherings were held at the home she shared with Lee, not only for family, but friends and strangers alike.
Phyllis is survived by her husband, Lee Keszler of Eureka; daughter, Wendy (Steven) Jeffus of Broken Bow, Okla.; stepsons, Steve (Wendy) Keszler of Geneva, Minn., and Scott Keszler of Long Beach, Calif.; granddaughters, Brittany Jeffus of Coweta, Okla., and Amanda Mendoza of New Orleans, La.; and grandsons, Bryan Jeffus (Lauren) of Coweta, Okla., Robert Mendoza of Dallas, Texas, and Kevin (Felicia) Keszler, Oklahoma City, Okla.; great-children, Tanya and Gunner Jeffus of Coweta, Okla.; sister, Virginia Sandmeier of Mobridge; brother, Gary (Valerie) Ruff of Frisco, Texas; and many nieces and nephews, and grandnieces and grandnephews.
Phyllis was preceded in death by her parents, Phillip and Loretta Ruff; daughter, Brenda Lee Littmann; brother, Melvin Ruff; and niece, Peggy Lee Ruff.
Oster Funeral Home of Mobridge is in charge of the services for Phyllis, which will be held at a later date.