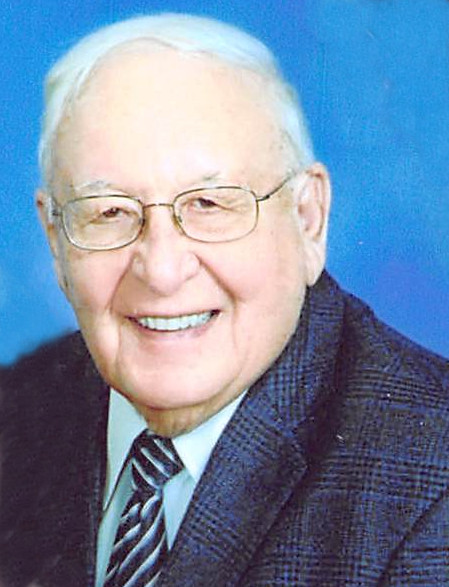 Gerald “Jerry” Labbe, 91, of Milbank, died Tuesday, Nov. 24, 2020, in Sioux City, Iowa.
Due to COVID-19 concerns, services will be held at a later date.
Gerald Gordon Labbe was born on Feb. 27, 1929, in Fredonia, North Dakota. He was the son of Albert Joseph and Hilda (Mauer) Labbe. He graduated from New Effington High School with the Class of 1947. He attended Northern State College in Aberdeen and achieved his teaching certificate.
He began his career in education by teaching country school and coaching in Lien Township in Roberts County. He then taught in Brentford from 1952 to 1954. He taught in Java for one year. He moved to McLaughlin and taught there until 1959. Jerry coached boys’ basketball and girls’ (half-court) basketball.
While teaching in McLaughlin, Jerry met his future wife, JoAnn Jurgens. They were united in marriage on Aug. 4, 1956, at St. Lawrence Catholic Church in Milbank.
Jerry and JoAnn moved to Mobridge where Jerry worked as the Mobridge Junior High principal. He retired in 1987. He worked as a federal projects officer in McLaughlin until JoAnn retired in 1990.
They enjoyed traveling in an RV for about three years.
During Jerry’s retirement years, he enjoyed volunteering and supporting his community. He served on committees for the heart and diabetes programs funded through the Community Foundation. He was active with the Shrine program by advising and helping the elderly with their medical paperwork. He was a member of the Milbank Kiwanis Club. Jerry was a faithful member of St. Lawrence Catholic Church as served as an usher for many years.
Left to cherish is memory are his sister, Joyce Dowling of Houston, Texas; sister-in-law, Mary Aesoph of Sioux City, Iowa; and brother-in-law, Tom (Cecelia) Jurgens of Bella Vista, Arizona.
Jerry was preceded in death by his parents, Albert and Hilda; his wife, JoAnn; and his brother, Kenneth.