Mass of Christian Burial for Richard D. Dunn, 52, of Mobridge, will be held at 11 a.m. on Friday, Aug. 1, 2014, at St. Joseph Catholic Church in Mobridge.
Burial will be in the Catholic Cemetery under the direction of Kesling Funeral Home of Mobridge.
Visitation will be at 6 p.m. on Thursday with a rosary at 7 p.m. at Kesling Funeral Home.
Richard passed away Sunday, July 27, 2014, near Mobridge.
Richie was born on June 6, 1962, to Marie Claymore and Raymond Dunn. He spent the majority of his youth on the Dunn Ranch near Fort Yates, N.D. Richie was active in high school rodeo in bulldogging and team roping. In 1980 he qualified for the National High School Rodeo Finals in Yakima, Wash. He graduated from Fort Yates High School in 1980. He attended the School of Mines in Rapid City and Culinary Institute of America in Hyde Park, N.Y.
In 1997 he met a very special lady, Sharon White Bear. Together they brought us Wacey Richard White Bear Dunn, born on June 15, 1998. Richard was loving, patient and extremely proud of his son, often addressing him as “son” when guiding and teaching Wacey. Wacey notes that his dad made working together fun and gave he gave him good advice. They moved to Fargo in 2000 and Richie worked as a chef for various restaurants: Johnny Carino’s, Lone Star, Nine Irons, Meriwether’s, Hunters Club and the Wild Rice Bar & Grill.
Richie loved the country life and the outdoors. He made friends easily, had a good-natured laugh and amazing smile he always greeted you with. He had a passion for cooking. He wasn’t much for cooking for a few people, he loved to cook for huge crowds and family, always thinking like his grandma Leona, better to have more than not enough.
Richie is survived by his significant other, Sharon White Bear; his son, Wacey White Bear Dunn; his mother, Marie (Fred) Baker; his sister, Kim (Buck) Lawrence; and his brothers, Robby Dunn and Kevin Claymore.
He was preceded in death by his grandparents, Sam and Leona Claymore; his brother, Rodney “Noky” Dunn; his cousin, Clay Claymore; and his dad, Raymond Dunn. 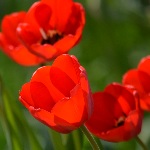