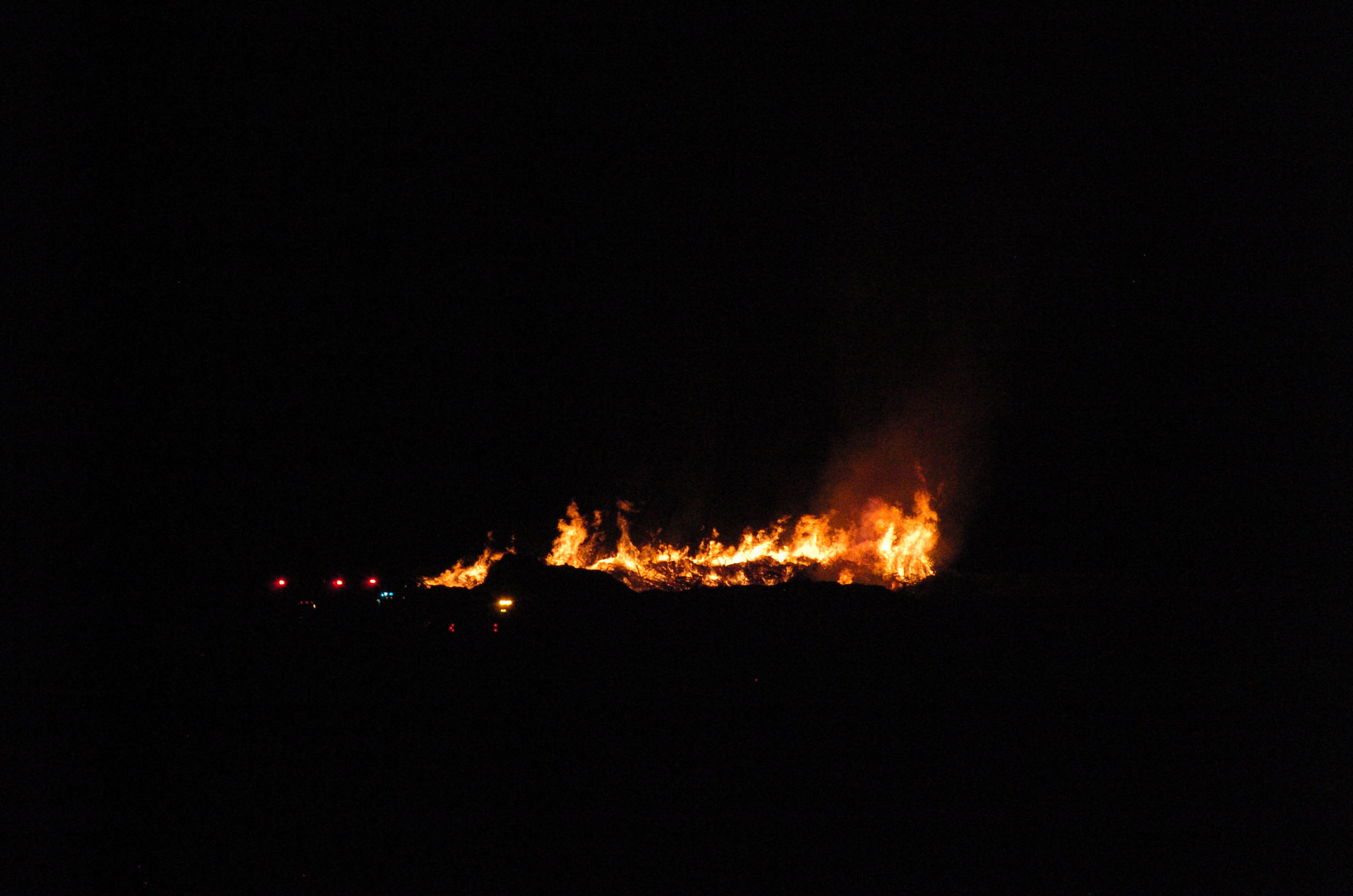 On early Saturday morning, a call was made for a fire at the rubble site on Lakefront Drive.
The fire prompted the fire sirens to sound in town.
There is no suspicion about what started the fire, according to Police Chief, Shawn Madison. It’s clear to officials that the fire started by itself.
“It looked like they were just all packed together and it self-combusted,” Madison said in a phone interview, “like when we see hay bales in a wet season start on fire.”
The Fire Chief was contacted for comment, but did not answer phone calls.
The fire was still visibly smoking a few days after Saturday. The Mobridge Rubble Site is temporarily closed.