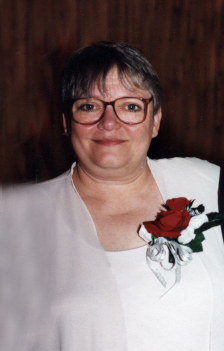 Ruby Gene Oxner, 74, passed away peacefully on Nov. 28, 2020, at Mobridge Regional Hospital.
She was born on Oct. 24, 1946, in Minneapolis, Minnesota, to James Howard Leigh Higgins and Bernice Lillian Marie (Hall) Higgins. Her sister and best friend, Michele, was born two years later on Feb. 22, 1949, also in Minneapolis.
Ruby moved around a lot as her father worked at different train depots for many years. They settled in Selby where she attended high school and graduated in 1964.
Ruby married her high school sweetheart, Jerry Gene Oxner, on June 18, 1964. The couple welcomed their first child, Jeffery Gene in January of the following year.
The couple moved to Columbus, Ohio, and then to Pensacola, Florida, where their daughter, Barbara Gene, was born in June of 1969. The family then moved back to South Dakota so Jerry could help on the family farm, and their last son, Bryan Gene, was born in 1975.
She worked at the Selby Record until 1994 when her last son graduated high school, and she moved back to Minneapolis to work at the Deluxe Corporation in Shoreview, Minnesota. Several years following that, then worked at the Target Corporation in printing services, where she worked until the retired in 2016 and moved to Mobridge.
Ruby was diagnosed with stage 4 lung cancer in January 2020. She fought a hard battle but lost the fight on Nov. 28, 2020.
Ruby enjoyed reading books immensely, especially science-fiction. She was an avid Star Trek fan, and her final wishes are to have her ashes blown into space with William Shatner. She also enjoyed old westerns starring Clint Eastwood and classic films with Humphrey Bogart. Ruby also enjoyed watching cooking shows even though she would rather eat out than cook.
Ruby is survived by her sister, Michele, and her three children, Derek (Linh), Jennifer (Dave) and Jonathan; three children, Jeff (Michelle), Barb (Jason), and Bryan; grandchildren, Jake, Kayla, Howie, Cooper, Allison, Grant, Colton, Matthew, Brady and Brayden; and great-grandchildren, Audrey, Payton, Evelynne, Amiah, Aeslie, Zanetta and Emberlie.
She was preceded in death by her father, James, in 2001, and her mother, Bernice, in 2012.
A private family Celebration of Life will be held in lieu of services.