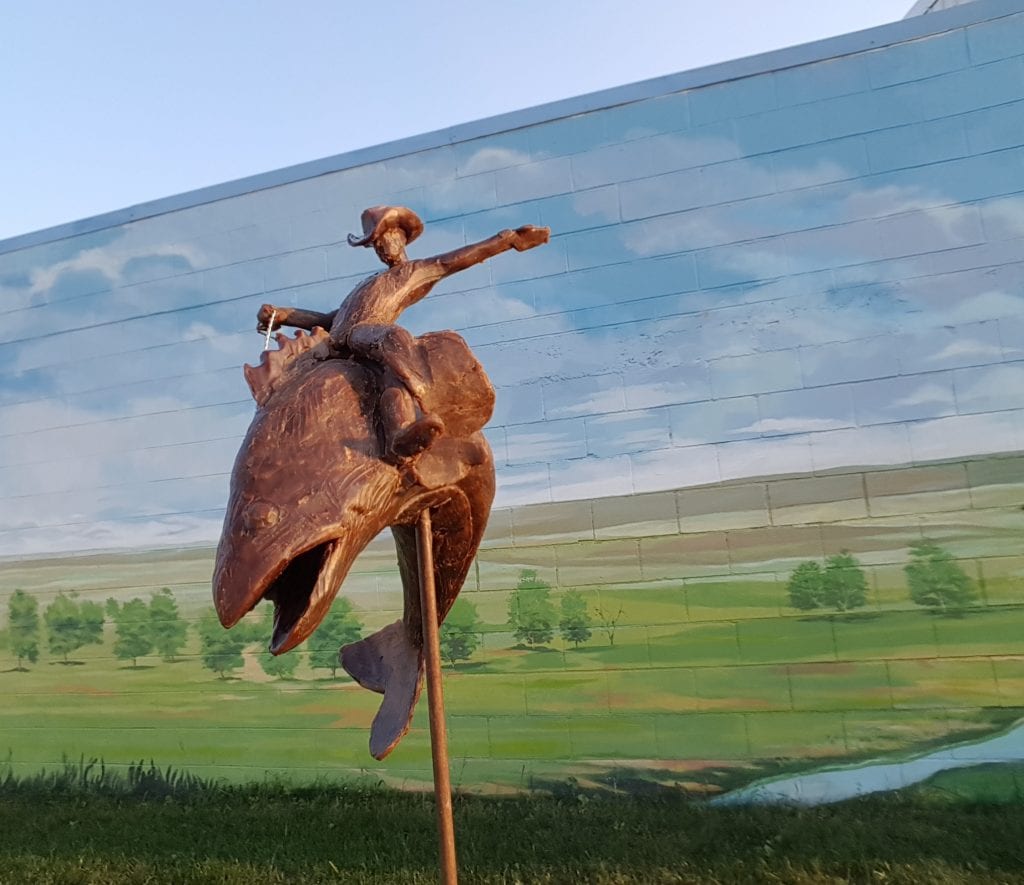 This clay model of the John Lopez sculpture depicts the work Lopez is currently creating for the city of Mobridge. The model is at his Kokimo Inn studio in Lemmon. Several people who have visited the studio in the last week or so were privileged to see the clay model, which is a smaller version of what he will build out of various metal parts. The donations received for the sculpture have reached the half-way point. The balance remaining is $19,695. Donations may be sent to The Mobridge Public Art Fund, 1925 West Grand Crossing, Mobridge, S.D., 57601 or dropped off at the Klein Museum, Homespun or Dacotah Bank.