Snow could possibly be record 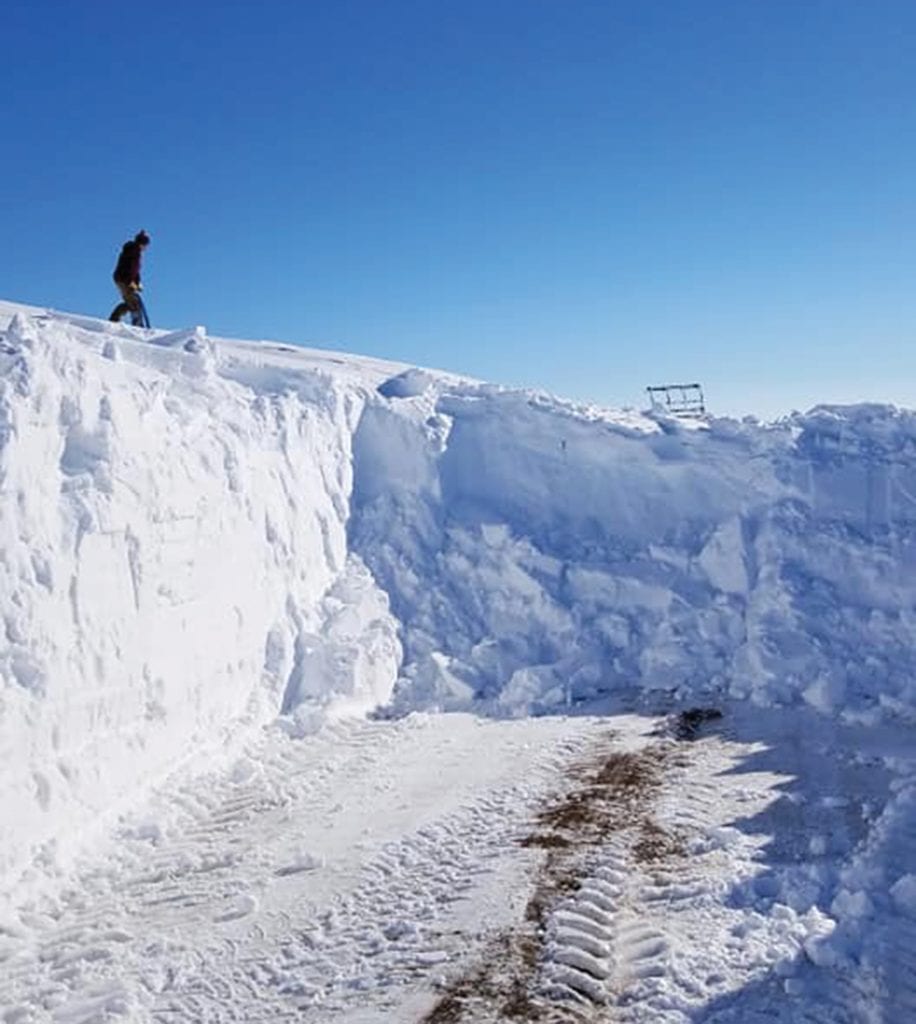 Howling winds peaking at nearly 60 mph Wednesday, March 13 and Thursday, March 14, packed 5.4 inches of new snow into solid drifts that caused serious issues for area residents.
But it wasn’t just the snowfall from the storm that was drifting, as one week prior nearly nine inches of snow fell in the area.
“We had a report of seven-foot drifts across the roads and one that was 12-foot in Edmunds County,” said Ryan Lueck of the Aberdeen National Weather Service. “With the drifting it looks like a lot more snow.”
Lueck said the high winds that accompanied the storm made it difficult to get an accurate measurement of the snow. With the latest snowfall, Mobridge is pushing the snowiest season on record at 76.2 inches.
“Mobridge broke a record for snowfall in February,” he said. “We are still delving into whether the snowfall record per season was broken in the latest storm.”
Lueck said potentially the Mobridge area has received enough snow to set an all-time record. Records have been kept since the early 1900s.
March 20 is the first day of spring and Lueck said there is nothing in the two-week forecast that raises red flags.
“It seems like we have taken the corner on the cold,” he said. “There are no long-term outbreaks of cold weather coming in from the north.”

He cautioned that it is not unheard of for the area to get a snowstorm in April, but so far there is nothing on the horizon.
Since Oct. 1, the Mobridge area has received 72.2 inches of snow. The normal snowfall for the area is 30.4. The March snowfall in Mobridge is 18.1 inches. Before the snow began to melt, there was more than 38 inches on the ground, but as of Tuesday, March 19, 34 inches remained. The precipitation in the snow is more than 3.3 inches.
Temperatures are forecast to hit the upper 40s early next week, which will melt more of the snowpack.

Cattle losses
With the high winds and drifting snow comes the concerns about livestock losses, especially in the calving season. E.J. Goetz of the Selby Farm Service Agency said Tuesday that there have been some indications that producers lost cattle, but nothing official yet.
“We have had few reported losses,” she said. “Those producers that are calving right now have experienced some loss, but it could have been worse.”
Goetz said had this storm occurred a bit later, into the thick of the calving season, the loss could have been greater.

Impact on wildlife
Brendan Peterson of the Mobridge office of the South Dakota Department of Game, Fish and Parks said it is difficult to gauge how this storm impacted area pheasant and deer population.
“It is could have been possibly harder on the pheasant than the deer,” he said. “I haven’t seen any, but it is possible that we had some loss.”
Peterson said he has seen pheasant in the area since the storm and deer are beginning to move out of the spots where they were holed up for winter. He said he has seen them gathering on the hills where snow has melted, digging at the exposed grassy areas.
Peterson said he has not witnessed any starving animals in this part of the state, but said in other areas the heavier snow could be causing shortages for the deer population.
– Katie Zerr –