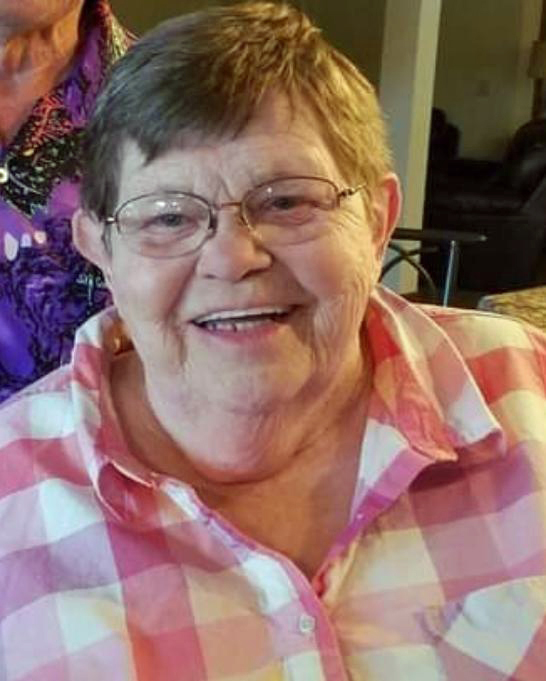 Funeral services for Kathryn “Tizzy” Friend, 75, of Selby were held Saturday, April 17, 2021, at St. John Lutheran Church in Selby. Burial was held at the Bethlehem Cemetery under the direction of Kesling Funeral Home of Mobridge. Kathryn passed away surrounded by family on Sunday, April 11, 2021, at the Walworth County Care Center in Selby.
Kathryn Kaye Friend was born on February 20, 1946, in Mobridge to Ted and Ardell (Baker) Tisdall. She grew up on her parent’s farm west of Selby and attended school in Selby. Kathy graduated from Selby High School in 1965.
Over the years Kathy worked at the Drive-Inn, Selby Care Center, Shorty’s, Berens, Walworth County Court House, and at the Selby Nutrition Site. From 1987 through 2000 Kathy was a bookkeeper for Dakota Trails. She also owned and operated an antique store, Tizzy’s Antiques.
Kathy married Paul Friend and they made their home in Gary, Indiana. They eventually moved back to the Selby Area.
Kathy was very artistic and musically inclined. She designed many T-shirts over the years for various events in Selby and was in a band with Paul. She enjoyed leatherwork, karaoke, scrapbooking, going to auction sales, and playing cards. She was also a member of Royal Neighbors. Kathy was very sociable and definitely a Friend to all. Her door was always open to family and friends for visits. The one comment heard the most in passing was “The community will not be the same without her.” Kathy’s many nieces and nephews typically referred to her as their “Favorite Aunt Kathy”.
Kathy is survived by her children, William Friend of Denver, Colorado, Barbara Friend of Denver, Colorado and Blake (Richelle) Friend of Selby, grandchildren, Jordan (Adam) Hohle, Allison (Lewus) Morgan, Courtney Friend, William Lloyd Friend II, Aaron Collier, Easton Friend, Hunter Friend, Kendrah Friend, Jacob Friend and Peyton Friend, 3 great grandchildren, Harper, Hadley and Harlee, brothers, Richard (Lorna), Jacob (Janet), and Darrell, sisters, Nancy (Ken) McMahen, Nina (Gene) Hawkins, and Jean Tisdall, sister-in-law, Patricia Tisdall, special friend, Larry Fritz, special niece and caretaker, Terri Dohmen and numerous nieces and nephews.
She is preceded in death by her parents and brother, Charles.