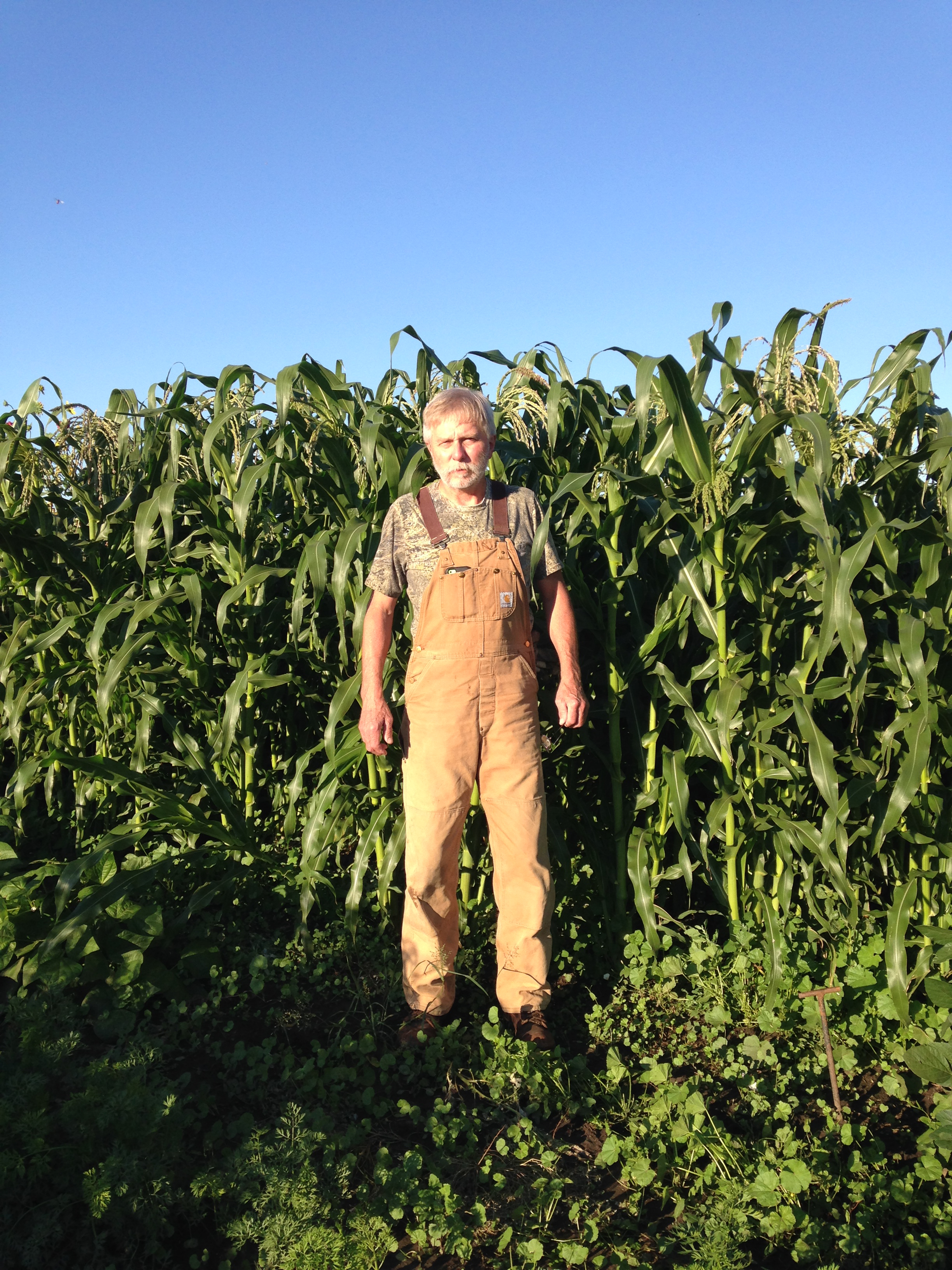 If the weather is permitting, you will most likely find Tom Volk outdoors, that is if he’s not in an ambulance. Tom is an Advanced Emergency Medical Technician with the Mobridge Region Hospital and an avid outdoorsman.
Tom has three kids and 10 grandkids and takes them to the Black Hills to camp and hike every chance he gets. Tom enjoys fly fishing in the Black Hills and mentions that the grandkids really enjoy fly fishing from the canoe in lakes like Sylvan and Horse Thief.
Raised in Selfridge, N.D., with three brothers and a sister, Tom was the oldest child. When he turned 14 his parents opted to send him to Assumption Abbey Prep school in Richardton N.D. A boarding school, Tom only got to come home every three weeks or so.
“You’re a freshman, so you have to survive that event,” he said.
By his junior year he only came home for major holidays like Christmas.
“My parents didn’t drive much,” said Tom. “A big safari was to come to Mobridge to buy school clothes or something.”
Any doctoring they did growing up was in McLaughlin.
On the main floor of the abbey was a room where the monks kept their shortwave radio equipment.
When asked if he got to take classes in shortwave Tom laughed. “I wish,” he said. “I would have traded 2 years of Latin for some wood working classes! Ham radio would’ve been good too.”
The ham radio in the abbey was used to communicate at preordained times with a sister abbey in Bogota, Columbia.
Tom graduated from Assumption Abbey in 1967 and went on to pursue a two-year education in auto mechanics in Wahpeton, N.D. Upon completion he worked for a few months at a small garage in Minnesota before coming home to Mobridge to work for Roger Davidson at Davidson Chevrolet.
“At that time, I could still lift my tool box,” said Tom “That’s all the tools I had. Now I need a trailer to haul it around.”
Tom worked for Davidson Chevrolet and transitioned when it became Larry Jensen and retired finally from Beadles in 2013.
He first met June when she had trouble with her car in 1972. Having a transmission problem that prevented her from driving in reverse, a friend advised her to pull the car in front of the Davidson garage so they’d have to drive it in to fix it and that’s what she did.
But the pair wouldn’t become a couple until November of 1974 when they were married at the Zion Lutheran Church in Mobridge.
A few years before Tom retired from the mechanic life, June, who had worked for the Mobridge Regional Hospital for 30-plus years, told Tom that the hospital could use a few more drivers and suggested Tom think about becoming an EVOC driver. He wasn’t sure but after being assured that he wouldn’t have to do anything in the back, he agreed. It wasn’t long before his coworkers were adding tasks that he had been avoiding. Soon someone gave Tom a text book for the class and he was being nudged towards taking the EMT class. He continued to deny the calling for a bit longer but eventually succumbed and by the end of the EMT class had already agreed to take the advanced class which started shortly after.
“No regrets,” says Tom.
Tom likes to camp cook. He recalls a time when they were making a pineapple upside down cake and forgot the brown sugar. At June’s suggestion they substituted maple syrup and improved on the recipe.
Tom gardens and raises chickens and likes to ride his mountain bike when the weather turns warmer. He puts anywhere from 8 to 12 miles on his bike daily in the peak season.

Camp Eggs and Bacon
Get a cast iron skillet that’s designated for camp cooking. Once you start using it for camping, it’s hard to ever get it house clean again. First start your coals and get them going adding firewood to maintain heat. In a cast iron skillet cook thick cut bacon in the pan over the fire. Remove bacon and set aside. The grease from the bacon is the best for cooking eggs or omelets and the kids love it.

Camp Pineapple Upside Down Cake
Start coals (charcoal) in your fire and when they are going good, place 6-8 so that you can set your Dutch oven on them. Pre-heat the lid of your Dutch oven on the coals. Mix a yellow or white cake mix according to box instructions. In the bottom of your oven pour 1 1/2 to 2 inches of pineapple. The original recipe calls for brown sugar, but after maple syrup was substituted once that’s always the way they cook it now. Pour enough maple syrup to be about even with the pineapple and then pour the cake mix on top. Carefully place the hot lid on and 12-16 hot coals on top. If the recipe says 30 minutes, it’ll probably take 15. If it smells like cake, it’s probably done.

Camp Stew and Dumplings
First mix your Bisquick or preferred brand of biscuit mix as you would for baking biscuits. Pour your favorite kind of stew into the dutch oven and place on several hot coals as you would in baking a cake. Place blobs of your prepared biscuit mix on top of the stew and cover again with a hot lid. Place 12-16 hot coals on top of the lid and bake until biscuits are cooked, maintaining heat below and above your oven.

Camp Trout
Clean the trout leaving the skin on but taking off the head and tail. In a quarter inch or so of oil in your cast iron pan fry the trout until the skin comes off. Then bread your fish in your preferred breading-like Shore Lunch, then place the fish back in the fry pan and you will know it’s done when the back splits and you can pull the backbone out. With practice, most of the bones will come out with the back bone in one pull.

Feeding your family at home when you can’go out