Virgil Binfet was a pillar of the community 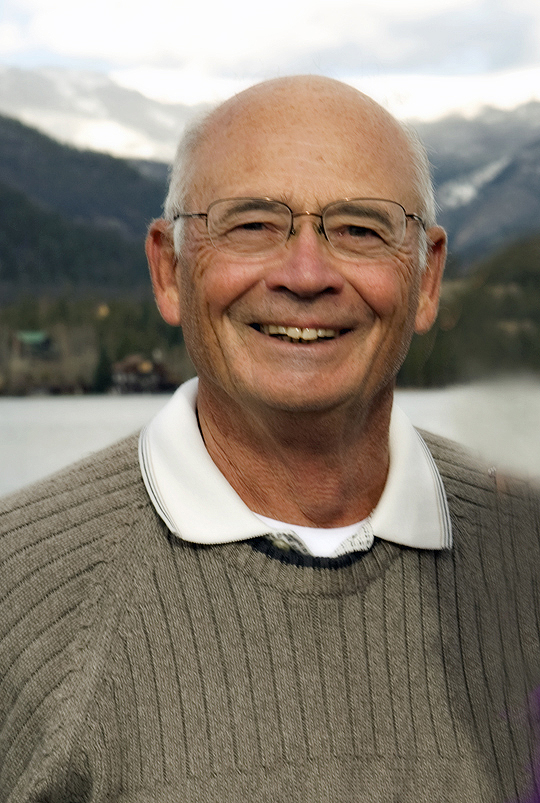 Virgil “Virg” J. Binfet, 78, of Mobridge, passed peacefully to eternal life on Thursday, June 25, 2020, at Mobridge Regional Hospital, surrounded by love with his family and friends.
Virg was diagnosed with multiple myeloma in June of 2014. He valiantly fought the battle to the end. Virg was a kind, faithful and trusted man. He was a positive influence on all whose paths he crossed.
A memorial visitation will be held from 3 to 5 p.m. on Sunday, July 12, 2020, at Kesling Funeral Home.
There will be a private Mass of Christian Burial.
Inurnment will be at Black Hills National Cemetery under the direction of Kesling Funeral Home.
Virg was born on Sept. 25, 1941, in Edmunds County, the third of seven children to Leopold and Josephine (Gisi) Binfet. He was baptized and confirmed in the Catholic faith.
After graduation from Cresbard High School in 1959, Virg enlisted in the U.S. Army. He was assigned to Alvarado, Texas, to the New Emerging Missile Technology Unit, which was to intercept enemy planes before they reached a United States target. At one point, the unit was on “Red Alert” with a finger on the button, and the countdown was at three, waiting for President Kennedy’s command to fire a missile. Virg was honorably discharged in July 1962.
He attended Northern State College to receive both his bachelor and master’s degrees in business education and secondary administration.
Virg married the love of his life, Darlene Kluckman, on May 27, 1979, in Mobridge. To this union, one son, Joel, was born. Special “family members,” who were Joel’s friends that Virg lovingly referred to as “The Lads” were Lance Andrews, Dave Froseth, Scott Fuhrman, Tim Gebhart, Patrick Hanson, Scott Hatch, Aaron Keller, Wade Keller, John Kosters and Patrick Payer. Countless memories were made transporting Joel and The Lads to basketball games coached by Steve Fuhrman. They traveled throughout the U.S. for AAU track. Joel and The Lads anticipated each Super Bowl party at the Binfets.
A pillar in his community, Virg wore many hats: Educator- Big Stone City, Ipswich; Business Administrator- Mobridge Public School; School Board- instrumental in building plans of Mobridge High School, consolidation with Pollock School District; Treasurer- Together We Care About Mobridge, MYO, Bridge City Coin and Stamp Club, state coin and stamp, Oahe Area Retired School Personnel; Mobridge Rodeo Association, A.J. Brown Public Library Foundation; Mower- joined Davis Martin’s mowing crew after retirement in 1999; Commander- Parker Browder Post #4 American Legion; Community Leader- helped initiate development of Tiger Stadium, composed and updated yearly cemetery directories for Greenwood and Mobridge cemeteries; Sports Fan- an avid Mobridge-Pollock Tigers, Dallas Cowboys and Los Angeles Dodgers fan. His proudest hats of all were being a husband to Darlene for 41 blessed years; dad to Joel (a remarkable son); father-in-law to Angie (a true blessing); and Papa to grandchildren, Lauren Christian, age 8, and Calvin Joseph, age 5, whom he adored.
Thankful for having shared his life are his loving wife of 41 years, Darlene; loving son, Joel (Angie) Binfet of Highlands Ranch, Colorado; grandchildren, Lauren and Calvin Binfet; siblings, Jeannette (Eugene) Bowar and Joan (Dale) Eschenbaum of Faulkton, Georgia (Leo) Himmerich of Roscoe, Wayne (Jeanne) Binfet of Maple Grove, Minnesota, and Jerome Binfet of Sioux Falls; sister-in-law, Delores Kluckman of Pollock.
He was preceded in death by his parents; brother, LeRoy Binfet; in-laws, Martha and Walter Kluckman; and brother-in-law, Duane Kluckman.
In lieu of flowers, memorials may be given to Parker Browder Post 4 American Legion, Tiger Booster Club, or the charity of your choice.