Wayne B. Ten Broek, 95, of Waupaca, Wis., and formerly of Mobridge, passed away on Monday, Nov. 11, 2013, at Crystal River Nursing and Rehab Center in Waupaca.
Wayne was born in rural North Dakota on April 12, 1918, son of Barney and Ada (Brennecke) Ten Broek.
He married Mildred C. Meyer on Oct. 22, 1932, in Milwaukee, Wis.
Wayne attended high school at Northwestern Lutheran Academy in Mobridge. He attended Northwestern Lutheran College in Watertown, Wis., and graduated from Wisconsin Lutheran Seminary in Mequon, Wis., in 1942.
He was a parish leader in Rapid City for two years and in Henry and Florence for two years. Wayne became a professor at Northwestern Lutheran Academy in Mobridge from 1954 to 1959, teaching Latin, religion and ancient history. He was also the Dean of Students.
He then became a professor of Latin and Greek at Northwestern Lutheran College from 1979 to 1987. He retired in 1987 as Professor Emeritus.
In retirement, Wayne enjoyed reading, yard work and traveling throughout the United States.
Funeral services were held Thursday, Nov. 14, 2013, at Immanuel Evangelical Lutheran Church in Waupaca.
Survivors include his wife, Mildred; children, Anita (Robert) Olson of Waupaca, Garrett Ten Broek of Mobridge and Arne (Jacque) Ten Broek of Conifer, Colo.; eight grandchildren and 19 great-grandchildren;
He was preceded in death by his parents, daughter, Joyce Hartman and a brother, Merrill (Bud) Ten Broek.
Holly Funeral Home of Waupaca assisted the family with the arrangements. 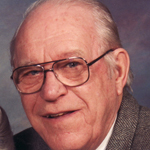 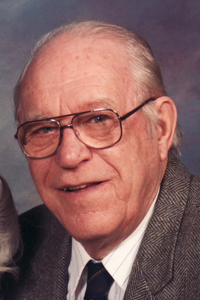