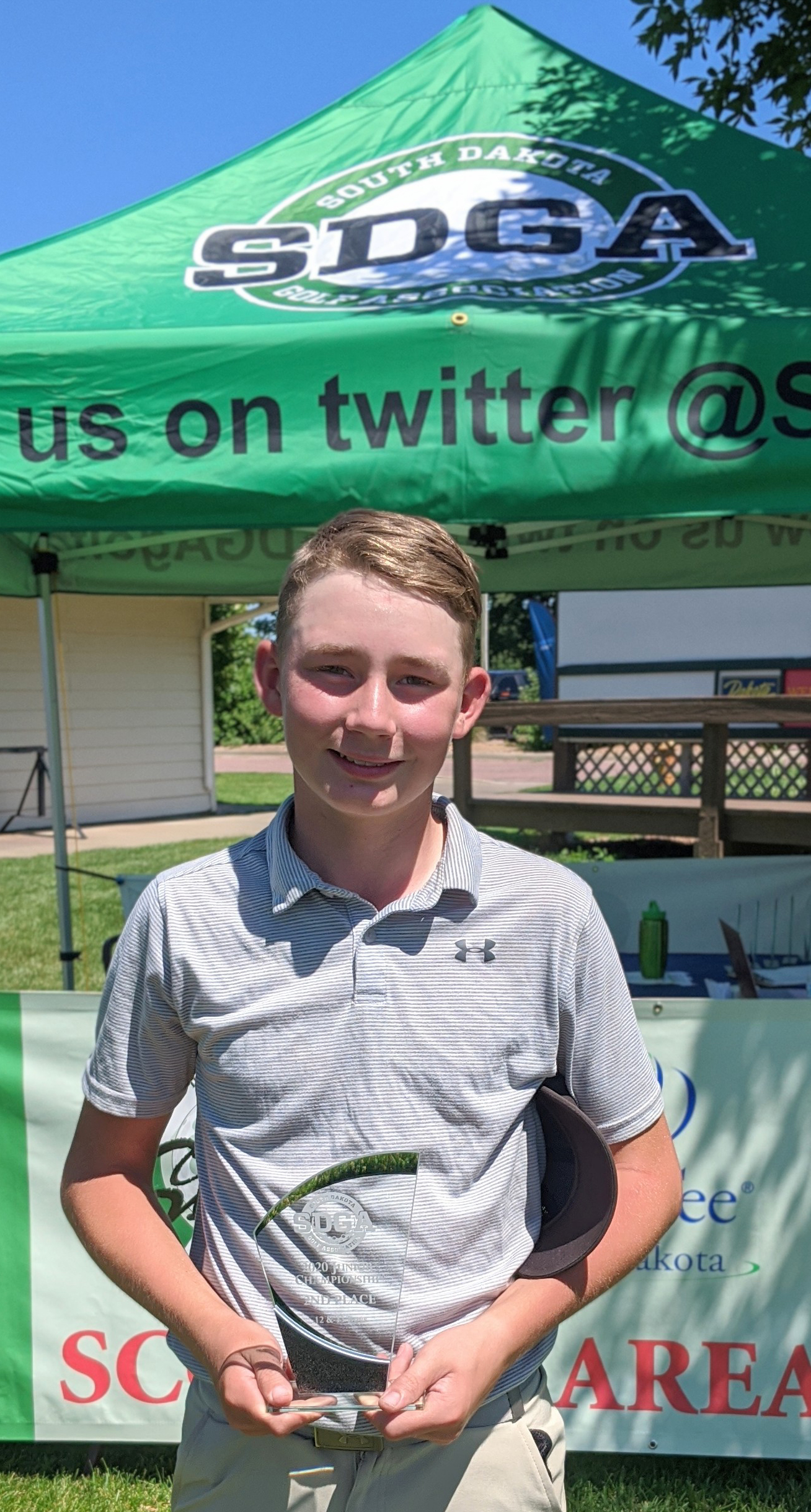 Wyatt Larson had a great showing at the 42nd annual SDGA State Junior Championship in Huron on July 27.
Wyatt finished second in the 12-13 age division, shooting a five-over 77. He made three birdies over the last four holes to earn his second-place finish.The son of Nate and Anne Larson of Mahto, Wyatt’s next tournament will be the National Junior Golf Tournament in Myrtle Beach, North Carolina in September. Wyatt qualified for the national tournament by winning a tournament in North Carolina in March.