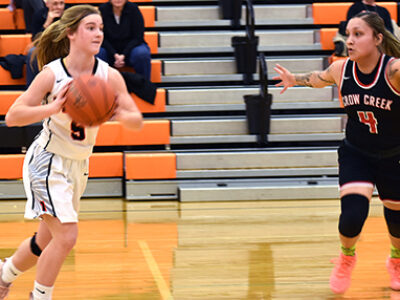 When Crow Creek came at the Lady Tigers with a hard-nosed, physical style of basketball, the Lady Tigers matched the intensity and defeated the Lady Chieftains 68-59 at Mobridge-Pollock High School Gymnasium on Thursday. “Incredibly proud of the girls in this game,” said coach Stephen Hettick. “This may be the most complete game we have played as a team since […] 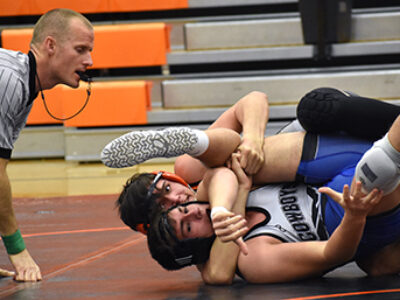 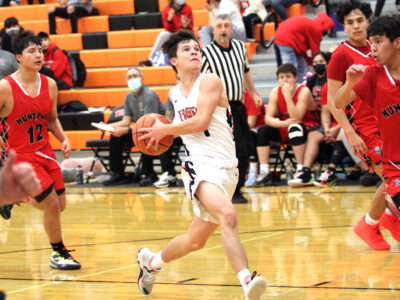 The Tigers scored a season-high in points but dropped a 75-70 game to Standing Rock at Mobridge-Pollock High School Gymnasium on Monday. “We talked about scoring 70 in the locker room after the game,” said coach TJ Knudson. “Our team understands the amount of improvement we are making as individuals and as a team. I am really excited for our […] 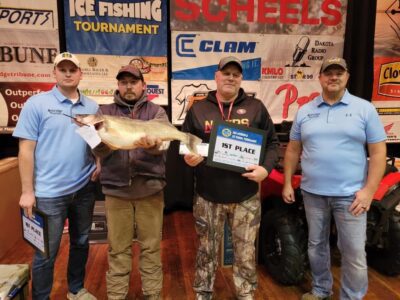 Trucks pulling trailers loaded with four-wheelers and fishing shacks began to fill all the parking lots around the Coca-Cola building, early on the cold morning of Saturday, Jan. 15 for the lead-up to the opening of the 21st Annual Mobridge Chamber Ice Fishing Tournament. As the morning approached 9 a.m., vehicles lined both sides of U.S. Highway 12 for nearly […] 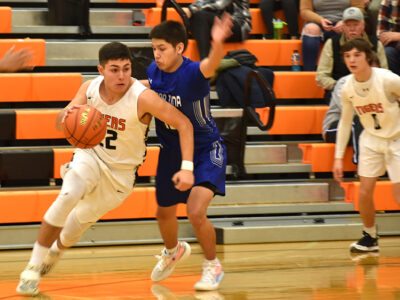 The Tigers took the lead early in the fourth quarter and then held on defense to defeat Tiospa Zina 45-44 at Mobridge-Pollock High School Gymnasium on Saturday. Trailing 36-33 early in the fourth quarter, the Tigers went on an 8-0 run to take the lead. Ashton Pfitzer scored four points and Brady Bauer and Jackson Eisemann scored two points each […] 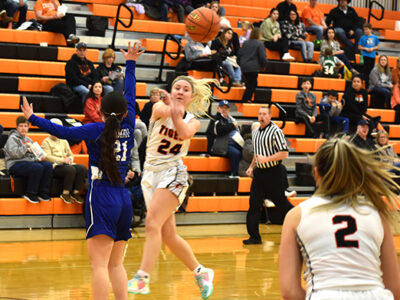 Lady Tigers run away with big wins over Wambdi, Warriors

The Lady Tigers won big for the second game in row, running away from Standing Rock 66-38 at Mobridge-Pollock High School Gymnasium on Monday. Coach Stephen Hettick grouped the Standing Rock win and the Tiospa Zina win from Saturday together when talking about his ball club. “Even though the next two games weren’t Miller’s level of competition, the girls really […] 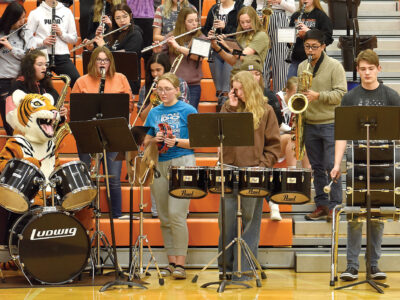 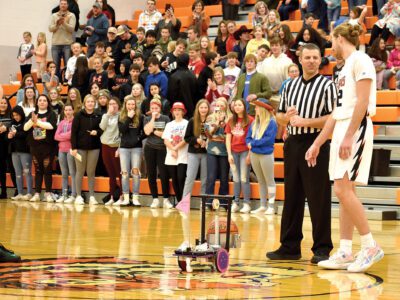 Caelan McCollam and the referee share in the enjoyment of the MOPO Robo team’s delivery of the game ball before the Tigers vs. Miller game at Mobridge-Pollock High School Gymnasium on Thursday. 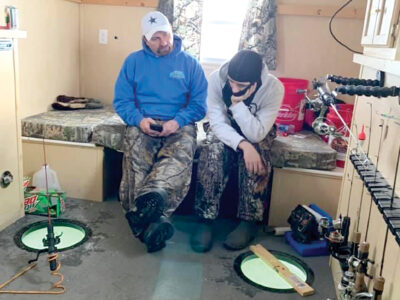 For the Faehnrich family, it’s not all about the fishing

When Brady Faehnrich first dropped a line through the ice of 2001 trying to win an ice auger, he was fishing against 24 other anglers many of whom were his friends. That was the first Mobridge Tourism Committee Mobridge Ice Fishing Tournament. This year, Brady and his son, Dalton, will fish in the 21st Annual Mobridge Chamber of Commerce Tourism […] 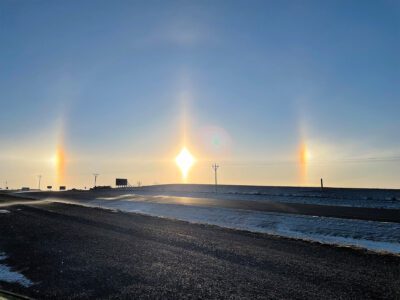 The refraction of sunlight off of ice crystals in the frigid air created sundogs throughout the morning Wednesday, Jan. 5, as the sun rose. The color red shows on the side closest to the sun, while blue is the color that shows on the outer edge of the sundogs. Both air and windchill temperatures  are expected to continue at the […]