Attacking tumbleweeds, rocking bleachers and a famous artist creating the life of the Lakota on concrete walls are just a sample of what residents can see Monday, Nov. 1 at the Mobridge-Pollock Middle School Theater. On Monday, Nov. 1 at 7 p.m., people have the opportunity to view the South Dakota Public Broadcasting segment of Dakota Life filmed in Mobridge […] 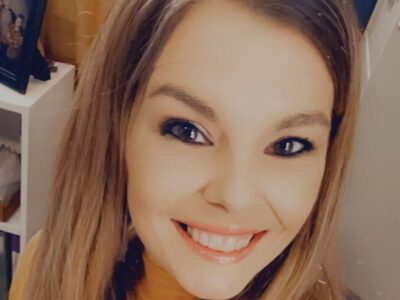 Education the key to ending the cycle of domestic violence

Educating the public about domestic violence and the Bridges Against Domestic Violence shelter in Mobridge is an important goal to the staff there. According to Melissa Heid, who has been employed at the shelter for a year and has served as executive director for the last six months, people are unaware that the shelter is here and of the services […]

The Sioux Falls Argus Leader and the South Dakota Newspaper Association (SDNA) have filed a lawsuit against South Dakota Speaker of the House, Republican Rep. Spencer Gosch of Glenham stating he violated state open records laws by refusing requests for the names of lawmakers who signed a petition for the special session. On Wednesday, Oct. 13, the suit was filed […]

DCI investigating death of resident at East Side Motel

The South Dakota Division of Criminal Investigation is conducting an investigation into the death of a Mobridge woman after her body was found in a cabin in which she had been living. Officers were called to the East Side Motel Thursday, Oct. 7 after the owner of the business became concerned about the lack of activity at the cabin, which […]

Members of the redistricting committee of the South Dakota State Legislature, chaired by Speaker of the House Spencer Gosch of Glenham, met with concerned residents in Mobridge Tuesday, Oct. 12. Matthew Frame, attorney for the Legislative Council explained to the crowd gathered at the Wrangler Hotel that according to the South Dakota law this process happens every 10 years. The […] 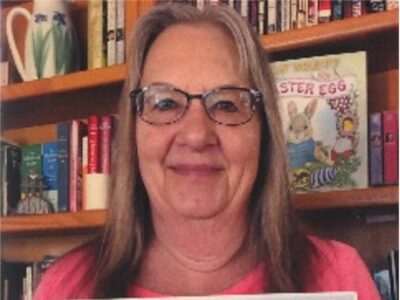 A long-time employee of Mobridge Regional Hospital and Clinics has been named the South Dakota Association Heathcare Organization’s Hero of the Year. June Volk, who is an RN, was honored for her dedication to the nursing profession, her patients and her community for 50 years. There will be a celebration for Volk on Friday, Oct. 15, at the Zion Lutheran […]

Walworth County Sheriff Josh Boll appealed to the county commission Tuesday, Oct. 5, to work together to find solutions for a new jail plan and budget issues. After the discussion about where to go from here when the opt out failed to pass, things started to get a bit tense. Boll interjected that the board needs to work together to […]

Walworth County taxpayers say no to opt out to fund jail

In a resounding defeat, the voters of Walworth County said no to a tax freeze opt out to fund a new jail. County residents went to the polls Tuesday, Sept. 28, to vote on whether or not they wanted to approve an opt out that would fund $11 million for a 21-year period. They voted the against the opt out […] 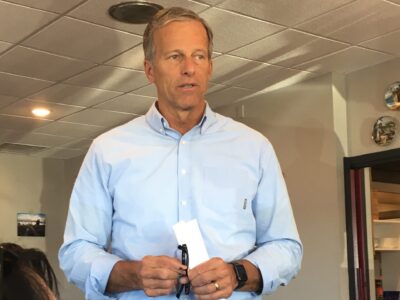 Telling his constituents that this fall in Washington will be very busy, U.S. Senator John Thune spent more than hour answering questions for residents. Area residents gathered at the Great Plains Family Restaurant Friday, Sept. 17, to meet with Thune and to discuss issues they are dealing with in this part of South Dakota. From agricultural to jurisdictional issues, Thune […]