OUTSIDE THE FENCE: Breaking rules is not as fun anymore

As a younger me, I lived by the adage that rules were made to be broken. As I aged, I realized that rules are guidelines to life. Boundaries of sorts that keep the good order and discipline of the world in line. That doesn’t mean I obey all rules. It would be against my nature to follow without question. Pushing […] 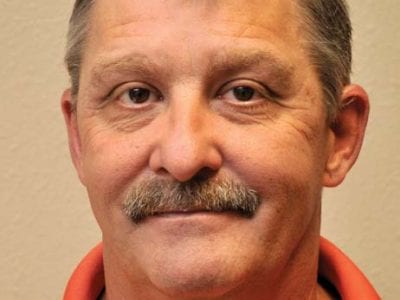 The Tigers and Lady Tigers open Big Dakota Conference play on Thursday when Miller comes to the Bridge City. I have a feeling that both teams are going to go through what is as tough a conference schedule as any teams in the state. I’m not talking about just the Mobridge-Pollock teams, the other teams have to face each other, […]

KATIE ZERR: Thank you and best of luck Christine

The year 2019 ended with an appropriate event, given how things unfolded at Mobridge City Hall this year. Mobridge City Administrator Christine Goldsmith has resigned. At the Monday meeting, Mayor Gene Cox hailed her as one of the “most remarkable women in South Dakota.” High praise in a state where women are leaving their mark in many different fields these […]

KATIE ZERR: In order to make change we must first make mistakes

With a New Year comes a new beginning. We try to clean our slates, set goals and prepare to be better people than we were in the last year. We make promises to ourselves that with all intent, will last long into the New Year. Most of us fail at those lofty goals but preparing for a new beginning is […]

BALL FIVE: Something could be brewing

I watched an interview with Dabo Swinney, the Clemson University head football coach, the other morning and he said something that hit the nail right on the head about the Tiger basketball team and their come-from-behind victories this weekend. I’m paraphrasing here because I can’t remember his exact words, but Swinney said that he reminds his players every day that […]

KATIE ZERR: Here is hoping for a smoother sail in the coming year

Dear Santa, This year my annual Christmas wishes are different than the normal ones. It has been a year of incredible highs and lows for me and I’m a bit tired of the roller coaster I have ridden in 2019. So, my first wish is that 2020 will be a little bit smoother sailing for me. I know that sounds […]

BALL FIVE: Need your basketball fix? Get it here on Saturday

The Bridge City’s annual celebration of basketball, the Rotary Basketball Classic, tips off on Saturday with seven games at Mobridge-Pollock High School Gymnasium. While the crown jewels of the day are the cross-county matchups between Mobridge-Pollock and Herreid/Selby Area, there are going to be a whole bunch of hoops before those games take to the court. If you are looking […]

Thursday and Saturday are the kind of start any fan of Mobridge-Pollock sports should appreciate. We get to see the wrestling team in action on Thursday and both basketball teams on the court on Saturday. The Tiger wrestlers and basketball players are coming off a successful fall where the football team was one of the best 11B teams in the […] 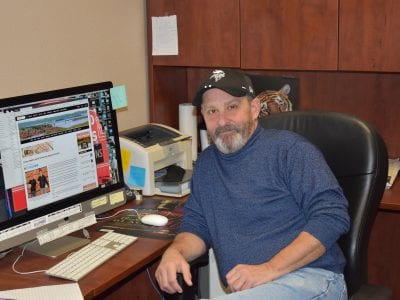 Ball Five: Here are some Tiger All-State football facts, past and present

As you could probably tell, it was a good time writing about our four All-State football players. Heck, it was fun writing about football all season long. I hope it made you a little nostalgic when you were reading about their exploits. Here are a couple more tidbits. Reese Cerney and Kregen Norder are the first Tigers to be named […]

BALL FIVE: ‘A’ tourney was a dandy

It’s too bad that each of the three volleyball tournaments couldn’t have had their own gym on Saturday. The final day of Class A volleyball was tightly played and dramatic, but our Class A sisters were sharing a gym with the Class B and Class AA tourneys, so some of that intensity had to have been lost or swallowed up […]