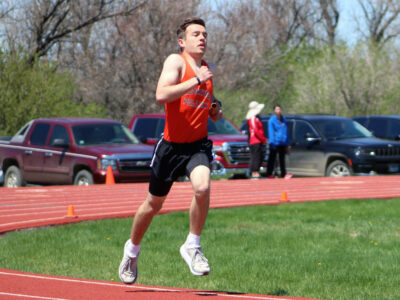 The Mobridge-Pollock thinclads put a shining star on the end of the regular season by claiming both divisions at the Central South Dakota Conference Track and Field Meet in Gettysburg on Saturday. Their winning scores were almost identical. The Lady Tigers scored 167 points and the Tigers scored 168. While the team combined for nine individual and four relay titles, […] 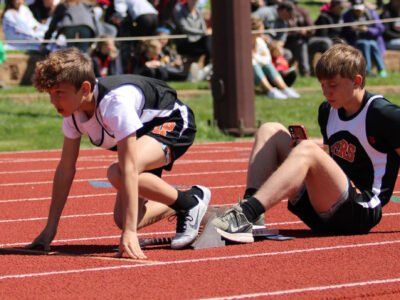 The middle school Tigers and Lady Tigers finished their season with the Tigers winning the conference title and the Lady Tigers coming in runners-up at the Middle School Central Conference Track and Field Meet in Gettysburg on Saturday. Depth was the key as all four event wins on the day came in field events. For the Tigers, Carter Schmeichel won […] 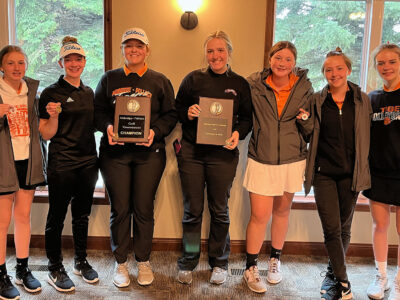 Cadee Peltier worked her way through a rain-soaked Oahe Hills Golf Course to win medalist honors at the Mobridge-Pollock Invitational golf tournament on Thursday. “What another goofy day of weather,” said coach Jason Weisbeck. “The girls really pulled through on their home course.” Peltier opened with a 52 and then took eight shots off her score the second time around […] 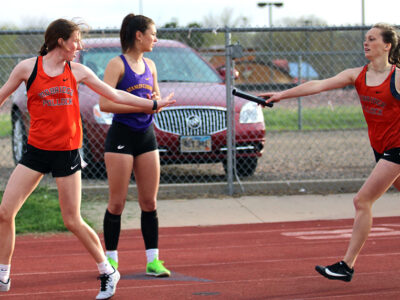 With a bunch of the Tigers and a whole bunch of the Lady Tigers busy with the Pops Concert on Tuesday, Mobridge-Pollock still had a lot of success at the Capitol City Qualifier at Hollister Football Field in Pierre on Tuesday, including a new MPHS record in the girls 4×400-meter relay. The team of Jayda Thompson, Faith Heil, Mariah Goehring […] 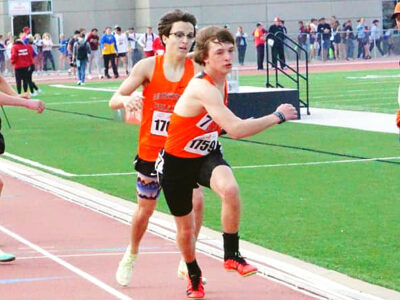 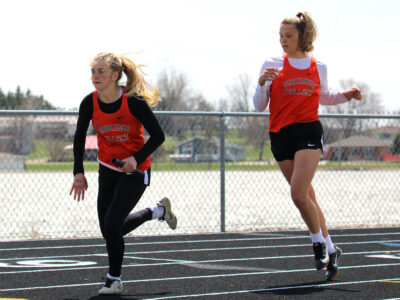 The Tigers showed their depth by winning the team title at the Eureka Legion Meet on Saturday. The Tigers racked up a winning 138.5 points despite their top runners being gone to compete in the Howard Wood Relays in Sioux Falls. “The boys ran really well,” said coach Bryan Zahn. “Ashton Pfitzer won the long jump and triple jump, and […] 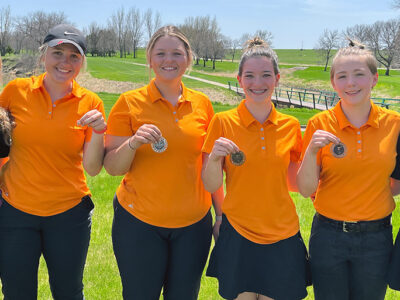 Five days after finishing second to Roncalli in Aberdeen, the Lady Tigers turned the tables to win the team title at the Groton Invitational on Tuesday at Fisher Grove Golf Course in Redfield. With Cadee Peltier leading the way by taking second place, the Lady Tigers shot 423 for a four-stroke win over the Cavaliers. She was one of four […] 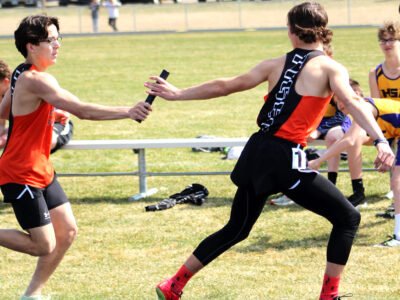 The Tigers won eight event titles enroute to a first-place finish at the Oakes Varsity Track Meet on Monday in Oakes, North Dakota. On a chilly but calm day north of the border, the Tigers won the 4×200, 4×400 and 4×800 relays. Brady Bauer and Remmi Ford were double winners, Bauer in the 200 and 400 and Ford in the […] 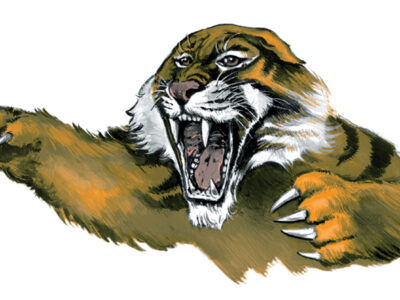 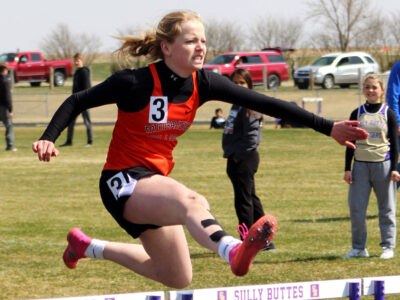 With the Lemmon meet that was supposed be held on Saturday being canceled due to weather, Mobridge-Pollock was granted permission to run in the Yellowstone Trail Conference Meet in Onida on Thursday. Not being a member team of the YTC, Mobridge-Pollock did not receive any places or team points, but their times and distances were counted. Had the Tiger and […] 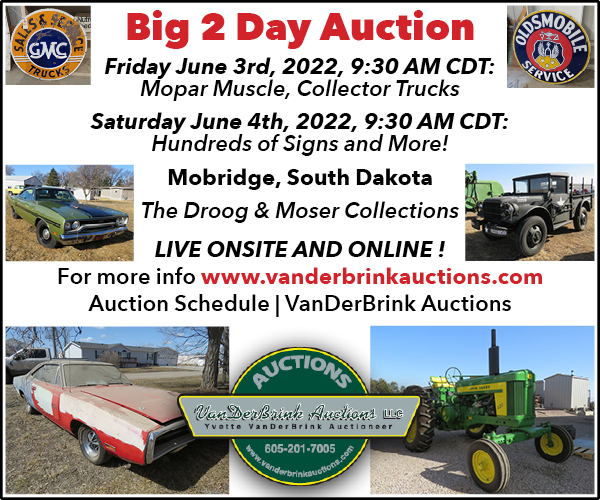