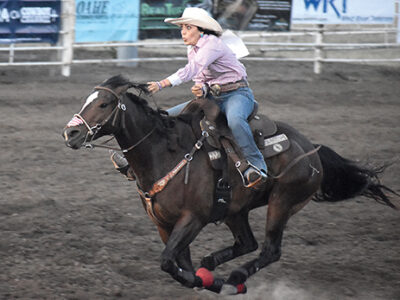 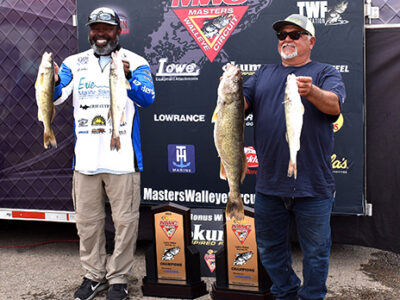 The team of Dennis Hunter of Morrison, Colorado, and Ali Shakoor of Dearborn Heights, Michigan, caught 39 pounds, 12 ounces of walleye over two days to win the 2021 Bass Pro Shops and Cabela’s Masters Walleye Circuit presented by Lowrance on Lake Oahe fishing tournament on Friday and Saturday. The two anglers, who call opposite parts of the country their […] 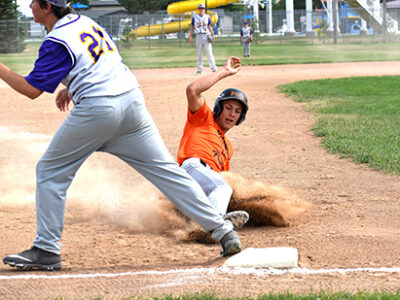 Mobridge Post 4 won its fourth straight game with a 13-6 over Onida Post 79 in Onida on Thursday. Post 4 chipped away at the score, plating one run in the first, third and fourth innings before putting a seven-spot on the board in the fifth and putting the game away with three more in the sixth. The long ball […] 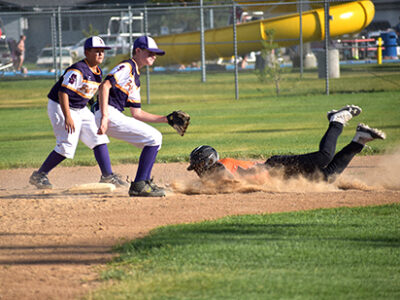 Teeners erupt for 17-2 win over Selby

After five games on the road, the Mobridge Teeners exploded for a 17-2 win over Selby in the opening game of a doubleheader at Legion Memorial Field on Monday. The Teeners were hot for three innings, scoring five times in the first, seven times in the second and five more times in the third. After Selby scored two runs in […] 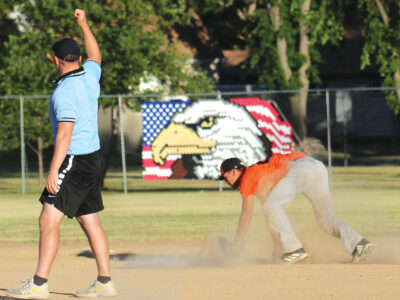 Post 4 earned its first win of the season in a 7-6 win over Aberdeen Smittys Junior Legion in Selby on Tuesday. Aberdeen won the first game of the night 5-2. Trailing 6-3 in the bottom of the fourth, Post 4 turned the game in their favor with a four-run inning. Gavin Reinert started the rally with a single. One […] 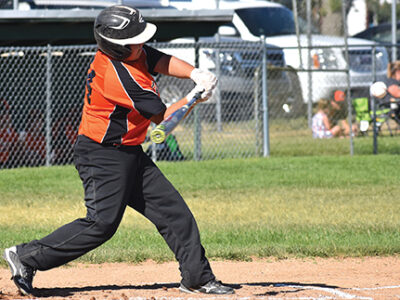 Pierre was tough on the Mobridge Teeners at Legion Memorial Field on Tuesday, sweeping a doubleheader 13-8 and 18-0. Pierre used a 10-run second inning to stage the 13-8 win in game one. They led 13-1 before Mobridge responded with a seven-run fourth. After recording just two hits over the first three innings, the Teeners had five hits during the […] 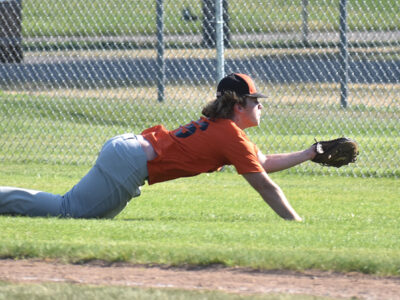 The road to the first win of the season has been long for Post 4. The Mobridge American Legion team fell to 0-8 with two two-run losses to Claremont at Legion Memorial Field on Tuesday. Claremont beat Mobridge 7-5 in game one and 3-1 in game two. Claremont used a pair of three-run innings to defeat Post 4 in the […] 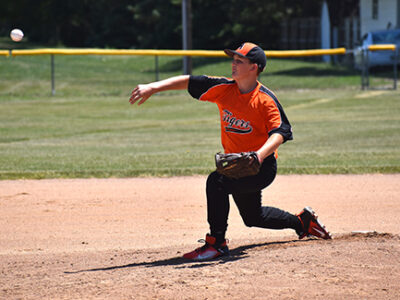 The Mobridge Teeners suffered a long week on the road, losing four straight games. After dropping an 11-6 game in Selby on Wednesday, they fell 15-1 to Groton on Saturday in Selby. They lost two close games at Warner-Ipswich-Northville on Tuesday by scores of 7-6 and 6-4. Game one was an extra inning affair. The game was tied 3-3 after […] 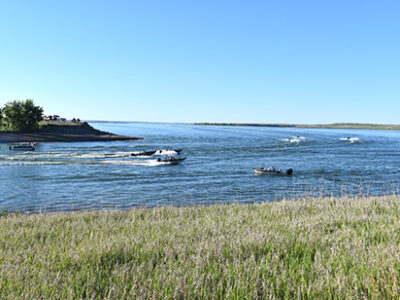 Josh Olson of Hettinger, North Dakota, and Monte Olson of Lemmon came up big on Lake Oahe for the second year in a row, winning the 11th annual Denny Palmer Memorial Walleye Classic on Saturday. The father/son duo used two walleye that weighed in at more than nine pounds to bring home a tourney-winning 24.57 pounds and earn the top […] 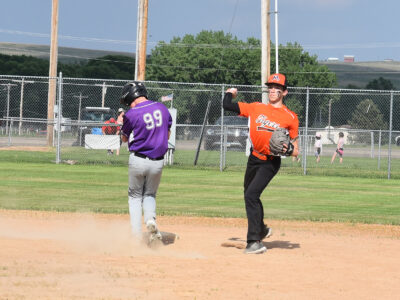 The Mobridge Teeners used a five-run second inning to set up a 12-7 win over Onida at Legion Memorial Field on Monday. A Will Blankartz walk and Peter Fried single started the inning. With two outs, Gavin Farlee drew a walk and Andrew Ulmer was hit by a pitch, sending one runner home with each at bat. Kellen Pfitzer followed […]